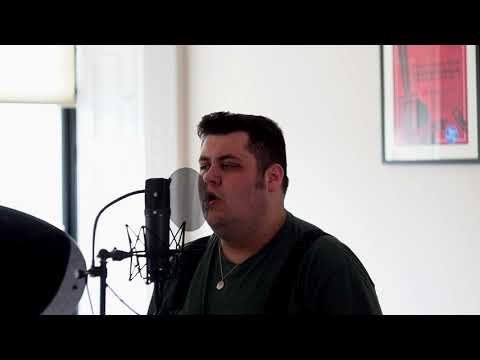 Luca Manning is an award winning Jazz vocalist and songwriter from Glasgow, Scotland. He is inspired by a wide range of artists and musical styles, as well as being firmly rooted in the tradition of jazz. He turned to jazz music almost by accident, after spending his childhood chasing the dream of being a rockstar and found that the more he immersed himself in the music, the more he fell in love with it. Now based in London, Luca has just finished his second year on the jazz degree at the Guildhall School of Music. He has already played major London venues such as Pizza Express Jazz Club and Ronnie Scott’s leading his own ensembles and featuring as a guest with renowned singers such as Liane Carroll and Ian Shaw. He became a member of the London Vocal Project in 2018 and in the same year, became a chairholder with the National Youth Jazz Orchestra. Luca was honoured to win the rising star award at the 2018 Scottish Jazz Awards and is now anticipating the release of his first album : “when the sun comes out” which features Scottish pianist Fergus McCreadie and special guest saxophonist, Laura Macdonald.

"With Luca, you get such a complete musical experience. He is so honest and true when he sings. He has a very old soul for someone so young and I look forward to listening to a lot more of his music." - Liane Carroll

"...and – sure enough – among tonight’s highlights was the gorgeous bittersweet Maxine, in which the bridge featured an impressive solo from singer Luca Manning.” - London Jazz News

“This young guy has one of the most beautiful, most honestly-delivered voices I’ve heard for a long time” – Ian Shaw