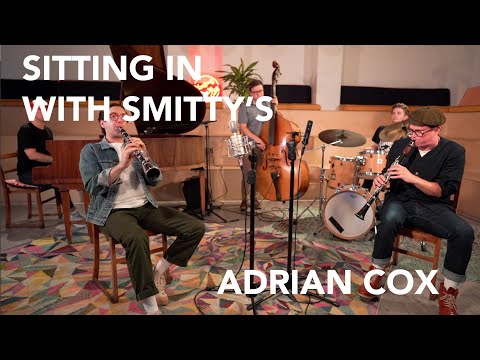 The internationally acclaimed jazz clarinettist Adrian Cox returns to Ronnie Scott’s to perform a concert dedicated to the great New Orleans clarinettists. Adrian is a leading exponent in the New Orleans idiom and has a rich knowledge for the history of the city and its most recognised clarinet figures including Sidney Bechet, George Lewis, Johnny Dodds, Albert Nicholas to name just a few.

As a performer, Adrian has the ability to engage with his audience both on and off-stage, with an unrivalled feel for the music he plays, which combined with his virtuosic technique has lead him to wide critical acclaim including Time Out declaring him “London’s most charismatic reeds man.”

In 2018, Adrian was invited to perform with Wynton Marsalis and the Jazz at Lincoln Center Orchestra at London’s famous Barbican Centre, playing the music from the Benny Goodman 1938 Carnegie Hall concert. Cox then went on to perform in New York at the gala concert celebrating the 30th anniversary of the Lincoln Centre and was amongst guests including the great Tony Bennett.

With his own band, Adrian has toured the globe performing music from his project Profoundly Blue, which celebrated the music of jazz clarinet legend Edmond Hall, with sell-out concerts here at Ronnie Scott’s (London) and Dizzy’s Club (New York) being amongst the highlights of the 200+ shows.

It is with this band that he returns here today with to play through what will surely be an interesting and exciting program.