Celebrating the Funk of Nigeria with music by Fela Kuti, Tony Allen and William Onyeabor 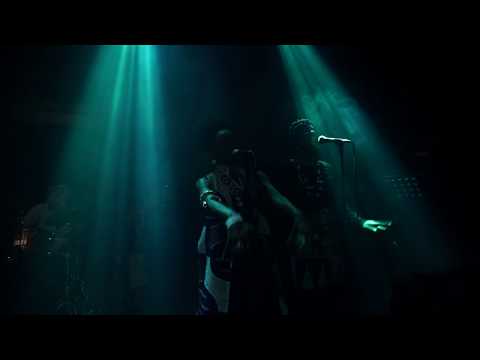 London based saxophonist and vocalist Bukky Leo brings his acclaimed afrobeat collective 'Black Egypt' to Ronnie Scott's. Last time Bukky Leo played with his band Black Egypt it was the Nigerian drummer Tony Allen that guested with them.  Sadly Tony has now passed away but tonight the band celebrate not only Fela Kuti and Tony Allen but another legend of the funk scene in Nigeria: William Onyeabor 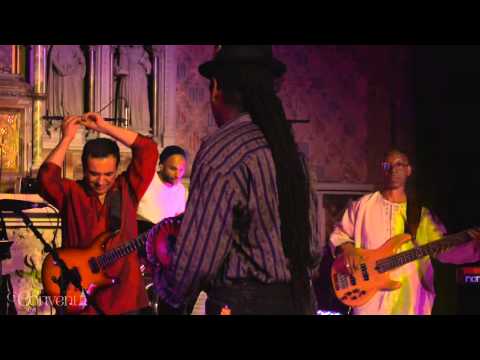 While growing up in Lagos, Nigeria, Bukky Leo was spotted practicing his first saxophone by the great original afrobeat drummer Tony Allen. He was immediately ushered into Tony’s newly formed band “Mighty Iroko’s”. Bukky went on to play with the great Fela Kuti, where the seeds of Afrobeat were being sewn. After some time in the band and under the influence of Tony Allen, Bukky decided to follow his own journey with his distinctive style of Jazz and Afrobeat.

In 1982, Bukky‘s path led him to London, where he became one of the forerunners in the Acid Jazz scene. A young A&R man named Gilles Peterson signed him to the newly formed Acid Jazz label and his first release “Rejoice In Righteousness” went straight to the heart of the Acid Jazz world, reaching number 1 in the rhythm and blues, dance and jazz charts. The follow-up album “River Nile” led to a nomination at the US African Music Awards in New York. There he became acquainted with the legendary, late tenor saxophonist Joe Henderson who invited Bukky to his home in San Francisco.

Since the Acid Jazz days, Bukky remained loyal his goal of making ground-breaking afrocentric grooves and this led to the formation of his new band The Source. They toured extensively and recorded a self-title album “The Source”. In the mid-1990′s he embarked on the definite pelgrimage to Egypt where he laid the intellectual and musical foundations for the formation of “Black Egypt” who have since emerged as one of the most important Afrobeat groups outside of Nigeria.

Early 2000′s Bukky starts a major collaboration with producer Ben Mitchell. The result of this meeting is the album “Afrobeat Visions”, feat. Tony Allen and some of the finest Afrobeat and Jazz musicians in the world. Bukky is still touring with The African Jazz Allstars, Roy Ayers and Tony Allen’s Afrobeat Big Band.

Bukky Leo participated at major international music events and festivals all over the world. In 2010, Bukky has been engaged in the studio recording with Black Egypt in collaboration with dub-master Dennis Bovell. Now you can find Bukky Leo and Black Egypt performing in the top UK venues and international festivals.