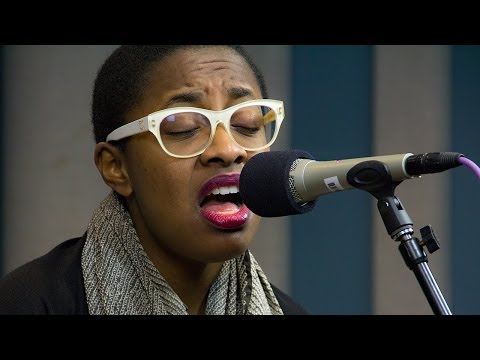 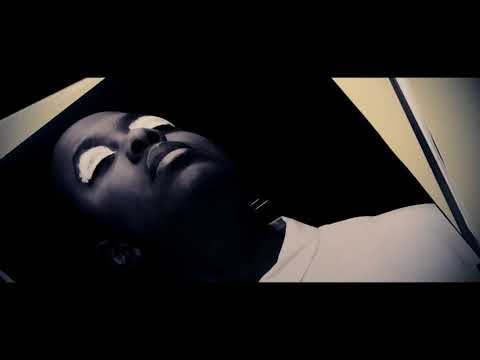 Shortly before the release of Cécile McLorin Salvant’s debut Mack Avenue album WomanChild, critic Ben Ratliff made a bold prediction in the pages of the New York Times. McLorin Salvant, he claimed, “is still mostly unknown to jazz audiences”—then added: “though not for much longer.”

McLorin Salvant has more than validated that forecast. The last 24 months have been a whirlwind of success and acclaim for the young vocalist, who first came to the attention of jazz fans with her triumph at the 2010 Thelonious Monk International Jazz Competition. WomanChild went on to earn a bevy of honors, including a Grammy nomination and selection as Jazz Album Of The Year by the DownBeat International Critics Poll.

That magazine also honored McLorin Salvant in three other categories including Best Female Jazz Vocalist. A few months later, the Jazz Journalists Association selected McLorin Salvant as Up-andComing Jazz Artist Of The Year and as Top Female Vocalist. NPR also took, honoring WomanChild as the Best Jazz Vocal Album Of The Year in its annual critics poll. In short, no jazz singer of recent memory has garnered up more honors more quickly than Cécile McLorin Salvant.

Now she releases her follow-up Mack Avenue album, For One To Love, a more intimate and confessional project that reveals new dimensions of this young vocalist’s artistry. “I’m not playing anyone else here but myself,” McLorin Salvant explains. “I can look at many of these songs, and see that this is an event that really happened, or a feeling I’ve lived through myself. “That’s what makes it so difficult to share. It’s almost like a diary entry.”

McLorin Salvant grew up in a bilingual household in Miami, the child of a French mother and Haitian father. She started piano studies at age five, and at eight began singing with the Miami Choral Society. After graduating from Coral Reef Senior High, a premier Miami magnet school, McLorin Salvant decided to pursue her education in Aix-en-Provence in the south of France, where troubadours invented the Western love song almost one thousand years ago. In this unlikely setting, McLorin Salvant embarked on a new career as a jazz performer, while pursuing a degree in French law and her training as a classical and baroque singer.

Three years later, McLorin Salvant returned to the US as a semifinalist in the prestigious Thelonious Monk International Jazz Competition. She had entered the contest at the urging of her mother, but almost missed the submission deadline. “On the last day, I mailed the audition recording with an apology for not getting it in sooner,” she recalls.

Then the call came inviting her to Washington D.C. for the contest. Here an illustrious panel of judges— Dee Dee Bridgewater, Dianne Reeves, Kurt Elling, Patti Austin and Al Jarreau—took note of McLorin Salvant’s remarkable voice and striking ability to inhabit the emotional space of every song she heard and turn it into a compelling personal statement. This surprise contender, the unheralded American jazz singer from France, took the top spot in the jazz world’s most demanding competition.

“She brought down the house,” The Washington Post told its readers the next day. Less than three years after first performing with a jazz band, writer Anne Midgette noted, McLorin Salvant was already singing “like a seasoned pro. Her marathon is just beginning.”

Others were now taking notice. “She has poise, elegance, soul, humor, sensuality, power, virtuosity, range, insight, intelligence, depth and grace,” announced Wynton Marsalis. “If anyone can extend the lineage of the Big Three—Billie Holiday, Sarah Vaughan and Ella Fitzgerald—it is this 23-year-old virtuoso,” added Stephen Holden in the New York Times. The release of WomanChild both backed up these claims and introduced McLorin Salvant’s music to a host of new listeners. The up-and-coming vocalist was now a legitimate jazz star.

In more recent months, McLorin Salvant’s work has moved beyond the jazz world and entered into the broader culture. You can hear it on commercials for Chanel, or in the soundtrack for the HBO show Bessie. But this crossover success has come without compromise. As critic Nate Chinen aptly notes, “whatever else you might say about her,” McLorin Salvant sounds “clearly, unmistakably like a jazz singer.”

Now, McLorin Salvant makes an even bolder statement with For One To Love. This may be the defining jazz statement on romance in the new millennium, a heartfelt album that both embodies the full range of the American popular song idiom, but distills it into a distinctly personal expression of a modern-day poet troubadour.

On the new album, McLorin Salvant again shows her uncanny knack of channeling her own personality into the work of her predecessors, both the acclaimed (Bessie Smith) and the less well-known (Blanche Calloway, whose fame during her lifetime was eclipsed by her brother Cab). “I’ve made some choices about celebrating strong women,” McLorin Salvant explains. “And I want to celebrate independence, the courage not to look or act a certain way.”

McLorin Salvant is increasingly making her strongest musical statements via her own compositions, which stand out as the centerpiece on the new project. Five of the tracks on For One To Love feature her songs, and here she reminds us of those other great jazz singers, from Billie Holiday to Abbey Lincoln, who found that the most powerful expressions of moods and feelings often came via their own compositions.

And McLorin Salvant also shares her vision as a visual artist in the design of the album. This field has been a focus in recent years: both at home in Harlem and on the road, she works on painting and drawing, and is currently preparing for her first exhibition. “Music chose me,” she reflects; “in a way, I stumbled upon it. But illustrating is something I’ve chosen to do.”

In short, her distinctive artistry shapes every aspect of this project. For One To Love serves as proof positive that Cécile McLorin Salvant has not only arrived, but she is still going places.

“I’ve never heard a singer of her generation who has such a command of styles ranging from Bessie Smith to Betty Carter. To have an artist with such a handle on jazz vocabulary while being extremely expressive and soulful,
that’s very rare.” Aaron Diehl

"If anyone can extend the lineage of the Big Three - Billie Holiday, Sarah Vaughan, and Ella Fitzgerald - it is this 23-year-old virtuoso..." Stephen Holden, New York Times

"Cécile McLorin Salvant,...is still mostly unknown to jazz audiences, though not for much longer...Ms. McLorin Salvant is as serious as a library, and never corny...she radiates authority and delivers a set with almost a dramatic arc." Ben Ratliff, The New York Times

“Salvant is one of the rising stars in the international jazz scene” T. Ballard Lesemann, Charleston City Paper