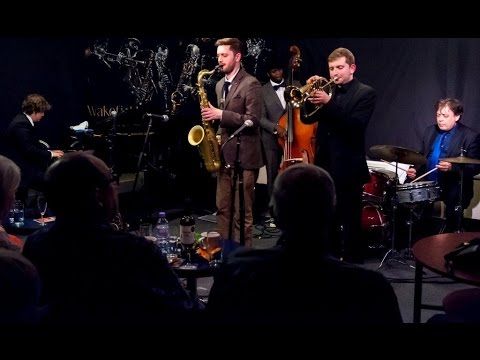 Clark grew up in a jazz environment as the son of Stan Tracey CBE, the UK's leading jazz pianist, and from an early age took to the piano and vibraphones. At 13 he started playing the drums and he turned professional at 17 in 1978 by joining his father's various ensembles, from trio to orchestra up to the present day. Within that context he has toured worldwide and recorded extensively. In 2001 Clark began his own record company, Tentoten Records and in 2007 he formed Resteamed Records, a label dedicated to his father's works.

£10 in advance (Mon - Thurs only), £12 on the door, £6 M.U. Members & Students (with valid card), FREE entry Club members and main show ticket holders.  In 1959, saxophonist Ronnie Scott opened the door to a small basement club in London’s west end where local musicians could jam. Today, it is one of the world’s most famous jazz clubs attracting packed houses and the biggest names in jazz and popular music and Ronnie Scott’s welcoming, stylish setting is also home to London’s coolest late night hang.