One of the UK’s finest Jazz musicians saxophonist Courtney Pine CBE performs tracks from his distinguished career and tracks from new LP "Black Notes From The Deep" plus a special guest vocalist soul legend OMAR joining the band. 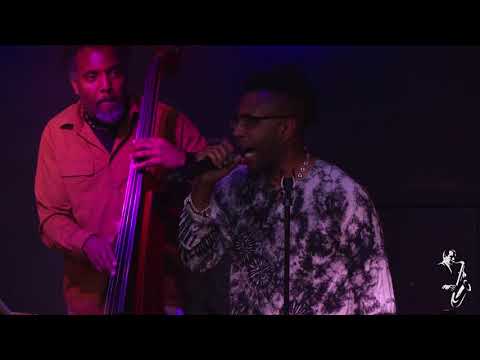 A Courtney Pine performance is always a spectacle – he is a musician constantly exploring different styles, imbuing each with his joyous and virtuosic woodwind playing. Here, he returns to the tenor saxophone for the first time in a decade.

Since emerging in 1986 with his debut album Journey to the Urge Within, Courtney Pine has done more to redefine and popularise Jazz in the UK than almost any other artist. With a restless energy for experimenting with new sounds, Pine has found new contexts for Jazz to thrive, winning numerous BBC Jazz Awards, MOBOs and a Mercury Music Prize nomination. But whether he’s combining Jazz with Calypso or Drum & Bass, it’s his breathtaking saxophone playing and an unshakeable love of music that always shines through.

The Trio has performed at venues including: The Purcell Room, Jazz in the Round and Vortex. The trio's self titled EP, released both in CD format as well as online, was promoted by Mike Chadwick  both on his show 'The Cutting Edge' Jazz FM and on Soulandjazz.com. "Not an instrument you hear that often, and certainly not as a lead instrument" Mike Chadwick congratulated Tori on "making some amazing music on the harp".

Composer, arranger and performer, Tori is renowned for her unique take on the harp. She has performed with artists including Shabaka Hutchings, Nikki Yeoh, Sarathy Korwar, Yuseef Dayes, Evan Parker and Pat Thomas. One of the highlights of her career was being invited to play with her childhood hero, Nigel Kennedy, as part of his band for his Duke Ellington tour.

Tori has recorded with award winning act Binker & Moses for their 2nd album release 'Journey to the Mountain of Forever', Kairos 4tet for their critically acclaimed album 'Everything We Hold' and Engines Orchestra 'Lifecycles'. Tori also co-hosts 'Freedom: The Art of Improvisation' a monthly session at the Vortex.

"Tori is an essential music force that needs to be experienced by as many thinking musicians and audiences as possible. She is without doubt steadily becoming one of the most exciting and original musicians on the UK scene." Orphy Robinson

Tori is passionate about demonstrating the versatility of the harp, to break down preconceptions about the instrument, and bring the harp into everyday society. Through her music, she tells stories about the world from her experiences, striving to empower others to consider their place in an ever-changing world.

The Trio are delighted to be supporting Courtney Pine, a key inspiration in Tori's journey, and tonight's performance is a special opportunity to see the Trio in advance of their anticipated debut album released. The evening will showcase a selection of original compositions written by the band leader Tori Handsley, alongside unique interpretations of the harpist Dorothy Ashby's songbook.

"Tori is an essential music force that needs to be experienced by as many thinking musicians and audiences as possible. She is without doubt steadily becoming one of the most exciting and original musicians on the UK scene."

“Keep an eye out for harpist Tori Handsley”