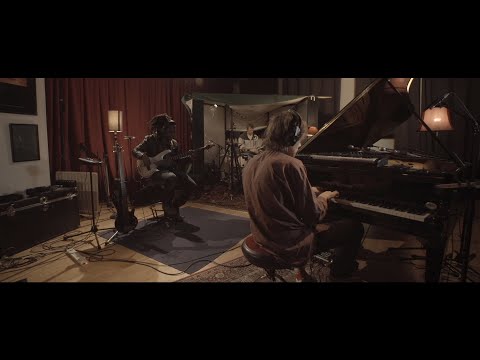 Devils of Moko have been years in the making. The seeds were planted ten years ago when the players first met in the African Ensemble at Leeds College of Music. Within hours of jamming, they performed their first gig and stayed together a while until life and time took them in different directions. In November 2018, a sudden decision to have another jam almost instantly led to debut album ‘One’. The collection of ten tracks was written and recorded in less than ten days, with that same spirit of spontaneity from their first meeting still very much alive.

Devils Of Moko consists of Dominic J Marshall on piano and synth (Dominic J Marshall Trio, The Cinematic Orchestra), Mulele Matondo on bass (Kongo Dia Ntotila) and Sam Gardner on drums (Septabeat, Samadhi Quintet). Their music is a collective melting pot that captures all of their individual styles. “If music is water, we are like fish,” says bassist Mulele, who regards no unchartered territory as 'off limits'. There is no single genre to describe their sound, composed of three distinctively different and interesting voices that meet in the common ground of music. Hesitant to be forced into any particular genre, the trio wants the space to create music with no preconceptions. But, if you listen for them, you can hear each player’s individual influences shining through - whether it’s in the departure from Western musical structure of Mulele’s grooving Congolese rhythms and sonic stories; Sam’s explorations of electronic music, drum & bass and production that carve an edge into the trio’s voice; or the soulful jazz melodies of Dominic’s piano playing that spark warmth and round the trio’s music into its uplifting soul busting sound.

The new UK jazz scene is where the trio would comfortably sit, creating music rooted in the kind of jazz where boundaries do not exist. One player’s musical ideas are only ever greeted with a ‘Yes and..’ response from another - no suggestion discounted, every emotion and idea explored. There is no ego to be found in Devils Of Moko. Their music is organic, each note in respectful response to another, a constant collaborative dialogue.