James takes to the Ronnie’s stage with his affectionate and swinging tribute to one of the greatest and underrated jazz pianists of all time: Dudley Moore. You will hear insights into Dudley’s style and influences, notably Erroll Garner. Some of Dudley’s rarely heard compositions, alongside the more well known ones like ‘Dudley Dell‘ and ‘Not Only But Also’.   In addition there will be the world premiere of a trio orchestration of Dudley’s ‘And the Same to You’ his parody on Colonel Bogey in the style of Beethoven!!

“Dudley Moore possessed charisma in abundance, so much so that people often forgot that he was an exceptional musician.  Like the subject of this musical portrait, Pearson is an omniverous improviser blessed with an ironclad technique.  Over the course of a whimsical set he led his guests through a sequence of buoyant, Errol Garner-like riffs.  Pearson did not neglect the vulnerable side of Moore’s work.” Clive Davis, The Times 2008 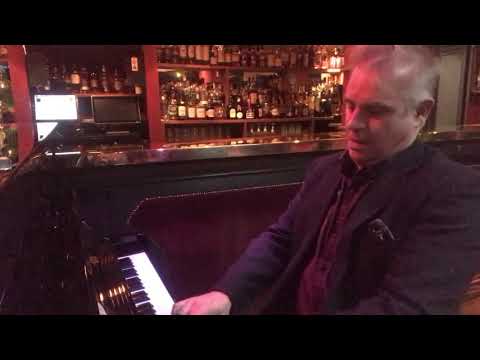 This should be a classic combination of wonderful music with a small amount of fun and comedy, hopefully just enough to lift ones spirits during this time.