Wall To Wall Bowie is a celebration of the music of one of the greatest pop icons. Acclaimed British pianist Janette Mason presents a fresh look at Bowie’s songs, with new arrangements, jazz twists, and an altogether unique approach. 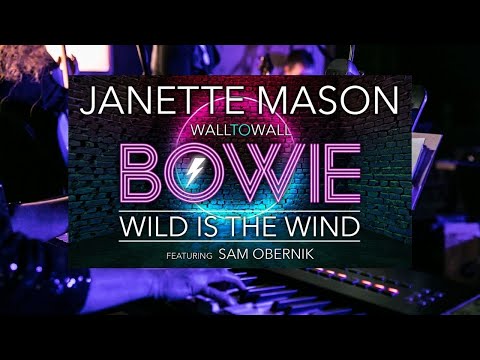 Janette is joined by two incredible vocalists, David McAlmont, best known for his hit Yes with Bernard Butler and Dance Diva extraordinaire Sam Obernik. They each bring a unique theatricality to Bowie’s material supported by a band of world class musicians.  They have been performing to sell out audiences for the last eight years and acquired a loyal fan base along the way. 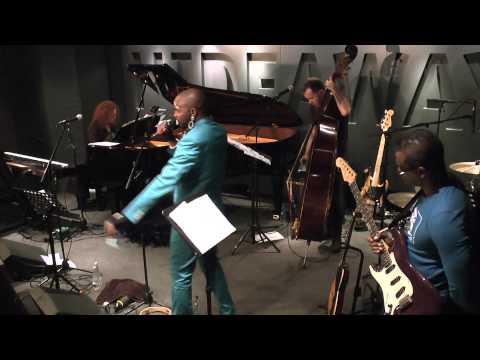 This is Bowie, but not as you’ve heard it before.

Deeply Influenced by Bowie as a child, Mason is a highly respected UK pianist, arranger and composer. She has performed with pop stars, Seal, k.d.Lang and Oasis, has produced and arranged for jazz singers Lea DeLaria and Ian Shaw and composed music for both TV (Sex And The City) and film (Ruby Blue). She has released four albums under her own name (the most recent being 2018’s Red Alert) and is currently working with Bowie producer Tony Visconti and ex-spiders Of Mars drummer Woody Woodmansey as part of the acclaimed super group, Holy Holy.

Possibly one of the greatest singers this country has ever produced, David collaborated with everyone from Bond composer David Arnold to Michael Nyman, Paul Weller and most famously with Bernard Butler producing the classic hit single Yes. David’s music is pure emotion, drawing unique, soulful portraits from his own life and philosophies, all beautifully framed by the finest soul.

Sam is a Dublin-born, London-based chanteuse. She is best known for her collaborations with dance artists such as Tim Deluxe and Alex Gaudino. She has also released a body of solo work as well as her Barefoot project. These releases have brought Sam a significant amount of success – Top 40 singles as well as Dancefloor smashes.

Simon is a session bassist from London. A graduate of the Guildhall School of Music & Drama, Simon joined The Divine Comedy whilst still at college and is still a regular member of the band. He has also been a performed with Clare Teal’s band since 2004, as well as touring and recording with The Duckworth Lewis Method, Maggie Reilly and Duke Special amongst many others.

Born and bred in North London, Jack studied for a BA in Jazz Music, and has since gone on to record and perform with many high profile artists including Beyonce Knowles, Ed Sheeran, Pharrell Williams, Beverly Knight and many more. He is a founding member of Mamas Gun and has toured the world performing their top ten hits. He Has  played on many film soundtracks, TV commercials, and is a sort after drummer for West End musicals.

Dave’s reputation as a studio and gigging musician is of the highest calibre. His powerful yet sophisticated groove playing has been heard with the likes of Chaka Khan, Tom Jones, Nile Rodgers, Incognito, Beyoncé, and he is first call guitarist for a host of other high profile artists.