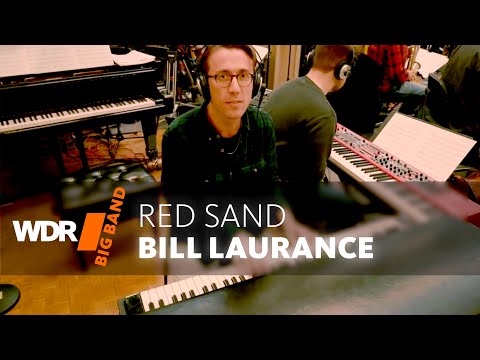 A unique project featuring Grammy award-winning British composer and pianist BILL LAURANCE and the much acclaimed big band of the Royal Academy of Music. The music will be performed that Bill originally composed and arranged for the WDR Big Band (The Jazz Orchestra of the WDR Westdeutscher Rundfunk), considered by many as the finest of the long-running, state-funded German radio big bands, when he was commissioned to write and perform the pieces in 2018. https://billlaurance.bandcamp.com/album/live-at-the-philharmonie-cologne Laurance performed the music with the WDR Big Band in London during the same year at the Queen Elizabeth Hall during the EFG London Jazz Festival – here is a review https://londonjazznews.com/2018/11/27/review-bill-laurance-and-the-wdr-big-band-at-the-queen-elizabeth-hall-2018-efg-ljf/

Bill Laurance is a British pianist, composer and a regular member of the Brooklyn-based jazz fusion collective, Snarky Puppy. A world-renowned multi-instrumentalist, composer and producer dubbed a “jazz maestro” by The Guardian, Bill has released four albums to date as a leader and has travelled across the globe and through a myriad of award-winning musical projects including his quartet, project, duo and as a solo pianist.

Bill is a two time Grammy winning artist and in 2015, he won the Breakthrough award at the JazzFM Awards, and has been nominated this year as a MOBO Best jazz act.

On his own, Laurance, a professional musician since the age of 14 has performed with an array of musical talents, including Morcheeba, David Crosby, Salif Keita, Bobby McFerrin, Susana Baca, Laura Mvula, Musiq Soulchild, the Metropole Orchestra and of course is known the world over as a founding member of the phenomenon that is Snarky Puppy.