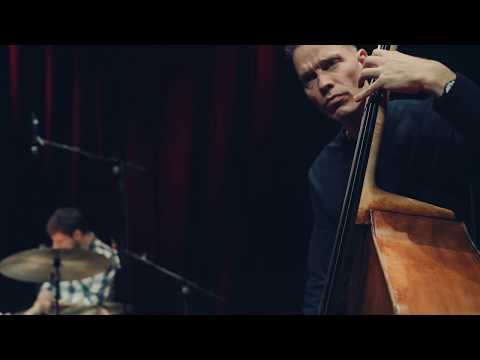 Jasper Høiby released his new solo project and album in March 2020 with a monumental ambition, vision and message and kick starts the release of an arc of four albums over the next five years. Each album focuses on four global topics of vital importance - Humanity, Climate Change, Artificial Intelligence and Monetary Reform. Planet B, the project title and title of the first album, is a mix of deep, evocative, thought-provoking voice samples, loops, held together with the open, majestic interplay of three deeply intuitive and creative musicians - Jasper Høiby, saxophonist Josh Arcoleo & drummer Marc Michel.

PLANET B is the new project and title of the first of four albums that sees Danish composer and bassist open up big questions for everyone. Together with the fearless young British saxophonist Josh Arcoleo and adventurous French drummer Marc Michel, Jasper Høiby is shaping adventurous new music to prise open the narrow framework of political debate.

Planet B is shaped by a deeply personal plea that will be recognised by fans of Høiby’s powerful writing for Phronesis and Fellow Creatures. Ecology and justice have long been in his thinking and his music. Planet B pulls this into the open with real conviction: “It’s about more than making music for music’s sake. Planet B is a conversation about who we are as a people today, how we exist in relation to this earth and to each other, and where we want to go from here. Let us be inspired together and explore what a reimagining of this planet can be.”

Translated into music, Planet B dives into the unknown and embraces each moment with shimmering, fluid, composed and improvised sound worlds that interact with speech samples from some of the brightest, most inspiring thinkers - past to present. It makes for a dialogue on themes such as ecology, climate and human interconnectedness.

“Debates about money, technology and the environment can feel dry and circular, with complex challenges reduced to catchphrases,” explains Høiby. “Our call is to ask deeper questions about ourselves. We’re creating honest, original music that appeals as much as it challenges. Planet B is alive and evolving and is meant to help us all open up and dig deep - as musicians and listeners.”

“Collectively, we have to think about the entire system, and about how we communicate as people. Now is the time to do that - and we all have our part to play.”

This is a Jazz album with a difference. At its core is the muscular writing that Phronesis fans have come to expect from Jasper Høiby. At the same time, it’s highly-developed art music. The evocative soundscapes, use of loops and ethereal improvisations form a suite of intensely beautiful music, exposing the raw and fundamental nature of the subjects being explored. The compositions offer a sweet balance of pace and depth, offering the listener a chance to absorb and reflect. This is evocative and highly thought-provoking music.

Planet B was released on Edition Records on 6th March 2020