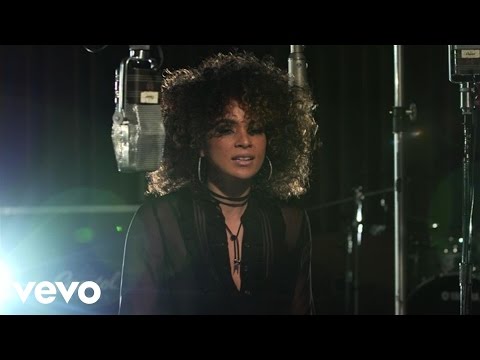 The 27-year-old, Nashville-based singer, songwriter and pianist counts such stylists as Billie Holiday, Ella Fitzgerald, Nina Simone, Roberta Flack and Norah Jones as her heroes, but as evidenced by her sparkling full-length Blue Note Records debut, Soul Eyes, Springs mimics none of them. Instead Springs allows her comely alto to become a conduit that touches upon soul, jazz and pop while transforming those aforementioned influences into a personalized sound that reveals itself effortlessly. “The artists who have inspired me the most all sang so naturally,” Springs says. “That helped me find my own sound.”

As Springs got ready to record her album she couldn’t shake the feeling that she wasn’t yet singing her true self. Conversations with her longtime producers Carl Sturken and Evan Rogers led to soul searching and rethinking her musical direction. Eventually Springs returned to a more spacious, organic sound that channels her earlier jazz influences as well as her Nashville upbringing. Also during this period, Springs attracted the attention of Prince, who heard her makeover of Sam Smith’s “Stay With Me” on the website Okayplayer. The music icon invited her to perform with him at Paisley Park for the 30th anniversary of Purple Rain. “He encouraged me a lot before I recorded this new record, especially during the time in which I was trying to figure out my sound,” Springs says. “He told me that I needed to do what comes naturally to me. He was absolutely right.”

For Soul Eyes, Springs continued working closely with Rogers and Sturken, but they also recruited Grammy-winning producer Larry Klein (Lizz Wright, Melody Gardot, Joni Mitchell, Herbie Hancock) to help the singer bring out her distinctive artistic traits. “Larry wanted me to be free in the studio,” Springs recalls. “I’ve been through a lot of other sessions in which the producer tries to take control of your sound. Larry was just like, ‘Go in and play what you feel.’ That ultimately led to the best outcome; he captured this record perfectly.” Klein praises Springs as a “natural.” “In this era, in which flash and hunger for fame is often equated with talent, she’s that rare person who sings and plays because that is what she needs to do in life,” “When I first heard Kandace, I was sold after hearing one song. Her smoky voice coupled with a sense of phrasing way beyond her years, and her angular way of accompanying herself on piano grabbed me right away.” The eleven songs contained on Soul Eyes all feature Springs playing piano alongside an illustrious cast of musicians that includes trumpeter Terence Blanchard, guitarists Dean Parks and Jesse Harris, drummer Vinnie Colaiuta, organist Pete Kuzma, bassist Dan Lutz, percussionist Pete Korpela. Through much of Soul Eyes, Springs sings about romantic affairs of the heart, starting off with the effervescent, country-laden “Talk to Me,” penned by Harris, who also wrote the gentle, life-affirming “Neither Old Nor Young.” The ruminative “Place to Hide” is a song by Judie Tzuke that Rogers has kept in the back of his mind for some time just waiting for the perfect singer to deliver it.

Now as Springs continues to develop as singer and songwriter in her own right, she’ll surely win over many other hearts. “I would like to be known as one of the younger people that are keeping jazz and soul alive and vibrant, “she says. “I love the realness of jazz and soul.”