Wednesdays will be led by a host of leading jazz players who will present their own bands followed by a jam for invited guests. Doors open at 11.15pm and bands will be on from 11.30pm onwards. Most tickets for the Late Late Show will be available at the door if advance tickets have sold out. 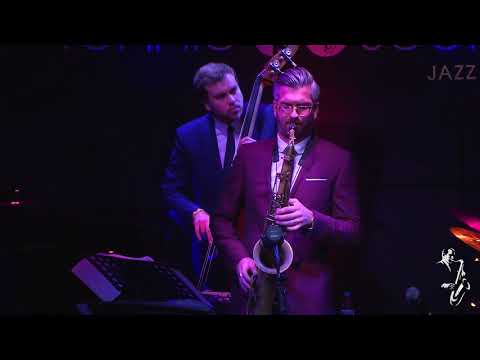 The Leo Richardson Quartet have been a regular feature of Ronnie Scott's Late Late shows for the last 5 years. Expect a night of hard-bop originals with toe tapping melodies, exciting interaction and fast tempos!

Without a doubt, Leo Richardson is widely recognised to be one of the UK's leading jazz tenor saxophonists, best known for his honest, straight-ahead, contemporary hard-bop style. The Leo Richardson Quartet packs a punch, performing exciting and intense music heavily influenced by the hard-bop era.

In 2017, The Leo Richardson Quartet toured the UK in November-December, in support of their debut album, The Chase, on Ubuntu Music. The album was selected by The Times newspaper as one of the Top 10 Jazz Albums of 2017 and one of the Top 100 Albums of all music genres. The Chase was the first album to receive 5* from The Sunday Guardian/Observer. The success of the album and the tour led to the Quartet’s debut performance at the 2018 Love Supreme Jazz Festival. The Leo RichardsonQuartet released their second album Move in 2019 to critical acclaim, receiving 5* in BBC Music Magazine.

FREE for musicians with a valid MU Card

£6 (half price) for musicians without MU card

£6 (half price) for students with a valid ID