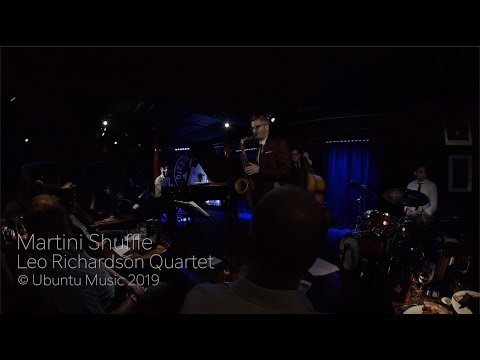 Without a doubt, Leo Richardson is widely recognised to be one of the UK's leading Jazz Tenor Saxophonists, best known for his honest, straight-ahead, contemporary hard-bop style. The Leo Richardson Quartet packs a punch, performing exciting and intense music heavily influenced by the hard-bop era.

In 2017, The Leo Richardson Quartet toured the UK in November-December, in support of their debut album, The Chase, on Ubuntu Music. The album was selected by The Times newspaper as one of the Top 10 Jazz Albums of 2017 and one of the Top 100 Albums of all music genres. The Chase was the first album to receive 5 Stars from The Sunday Guardian/Observer. The success of the album and the tour led to the Quartet’s debut performance at the 2018 Love Supreme Jazz Festival. The Leo Richardson Quartet released their second album, Move, in 2019 to critical acclaim, receiving 5 Stars in BBC Music Magazine.

The Leo Richardson Quartet has been a regular feature of Ronnie Scott's Late Late Shows for the last four years. Tonight, they will be performing select pieces from Move, their most recent album, along with new material created during the lockdown.