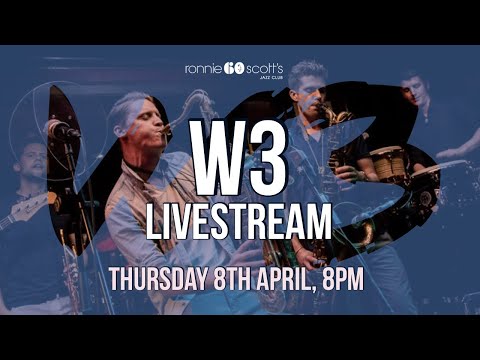 W3 is an 8-piece funk collective, that focuses on high energy performances, that draw influences from such bands as the JBs, Tower of Power, Herbie Hancock, right up until the modern day with such bands as Lettuce and Anderson Park. Comprised of top industry professionals who have performed and toured with such artists as: The Brand New Heavies, Incognito, Dionne Warwick, Rizzle Kicks, Gary Barlow, Jess Glynne, Peter Andre, just to name a few.

They bring their unique flavour to the funk genre with an all singing all dancing horn section and backline that locks in together in a way only gained from over a decade of performing together.

Originating in a small pub in Ravenscourt Park, West London, by its founder: Phil Simmonds. W3 was to meant to be a small jam night for musicians who attended the Tech School nearby, however it very quickly became the most sort after night in London for professionals and non-professionals in the industry to come together and musically socialise/network and simply just have an all-out blow out with some of the top players in the country.

After a few years it began to outgrow the pub it started in, re-locating to join the Ronnie Scott’s family. For the last 6 years it has built a large following for their weekly funk showcase every Thursday night in Ronnie’s Bar, which has become the go-to night for live, energetic funk attracting not only musicians but people from all walks of life.