Please note, this gig has now been cancelled. If you have booked a ticket, we will be in touch soon.

One of the jazz world’s most celebrated drummers LOUIS HAYES was an original member of Julian “Cannonball" Adderley's Quintet and performed or recorded with most of the jazz legends such as Yusef Lateef, Horace Silver, Oscar Peterson, John Coltrane, Sony Rollins and Cannonball Adderley to name a few. Not to be missed! 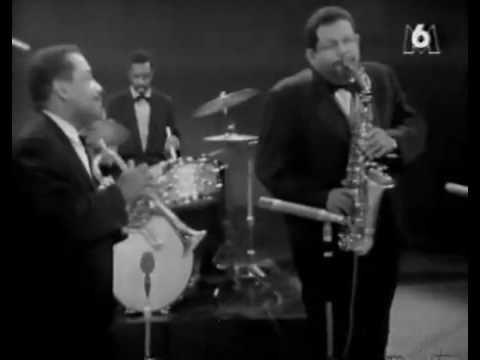 For more than forty years, drummer Louis Hayes has been a catalyst for energetic, unrelenting swing in his self led bands, as well as in those whose respective leaders reads like an encyclopedia of straight ahead post-bop modern jazz. Hayes himself an authentic architect of post-bop swing, began his professional activities at the tender age of 18. He started with tenor saxophonist, flautist and oboist Yusef Lateef who like Hayes is a Detroit native (other jazz luminaries hailing from the "motor city" include the Jones brothers, Elvin, Hank and Thad, guitarist Kenny Burrell, pianist Tommy Flanagan and many others). After the stint with Lateef, Hayes went on to rhythmically propel groups led by pianist Horace Silver, legendary saxophonist Cannonball Adderley and pianist Oscar Peterson. These positions were augmented by countless recordings on the Blue Note, Prestige, Riverside and other labels with the likes of John Coltrane, Sonny Rollins, J.J. Johnson, Jackie McLean, Wes Montgomery, Cedar Walton, Dexter Gordon, Woody Shaw, George Benson, Freddie Hubbard, Joe Henderson, McCoy Tyner and the list goes on.

For the last twenty-plus years, Louis has led or co-led some of the most uncompromisingly swinging groups in all of jazz. Each unit has displayed tight-knit harmonic cohesion and hard-driving consistency as part of its signature. 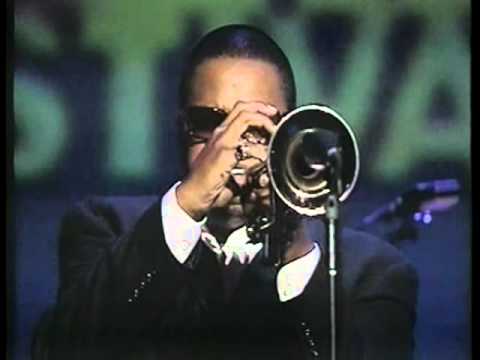 With so much activity in his past, Louis could easily rest comfortably on his laurels. But being a forward thinker and doer, Hayes operates "in the present!". Louis Hayes posses an embarrassment of riches. His story, still being told, contains a glorious past, a vibrant present and an ever promising future.

Louis Sedell Hayes was born on 31 May 1937, in Detroit Michigan, USA.  Louis began playing drums at a very early age, by his mid teens he was leading his own band in Detroit.  Shortly afterwards he teemed up with Yusef Lateef and has never looked back.

At the request of Horace Silver, while still a teenager, Louis moved to New York, in 1956, to join the Horace Silver Quintet  For the next two years when he wasn’t touring and recording with Horace, Louis recorded with John Coltrane and numerous other jazz greats.  In 1959 Louis went on to join Cannonball Adderley’s quintet touring worldwide and recording with the group until 1965 when he joined the Oscar Peterson Trio with whom he toured and recorded for the next two years. Louis is one of the most recorded drummers in the history of jazz, with hundreds of recordings to his credit.  From the fifties to date Louis Hayes has recorded with, and played beside, a veritable list of who’s who in jazz, to name just a few, Horace Silver, Bobby Timmons, Hank Jones, Sony Rollins, Sam Jones, Percy Heath, Hank Mobley, Art Farmer, Tommy Flannagan, Freddie Hubbard, Kenny Barron, Victor Feldman, Pepper Adams, Woody Shaw, Dexter Gordon, Kenny Burrell,Ray Brown, Hank Mobely, Roland Hannah, Richard Davies, Curtis Fuller, Idrees Sulieman, Cecil Taylor, Dexter Gordon, Barry Harris, Cedar Walton, Reggie Workman, James Moody, Christian McBride, McCoy Tyner, Nancy Wilson. In later years with his own bands Louis brought on board outstanding young musicians affording them the opportunity to perpetuate the music which Louis himself has been a part of for six decades.  Most recently playing with a group of young musicians in a program billed Louis Hayes Lessons from our Masters, at Dizzy’s Coca Cola, Lincoln Center, with: Joel Ross, (21) vibraphone, Patrick Bartley, (23) saxophone, Alexander Classy, (23) bass Bruce Harris, trumpet, Victor Gould, piano each in their thirties. From one generation to another, the list goes on and on, too many to mention here.

Following in the footsteps of his first major influences, Kenny “Klook” Clark, Max Roach, Philly Joe Jones, and Papa Jo Jones, who anchored the Count Basie Orchestra, all were great drummers and band leaders in their own right.  Louis has enjoyed a steady successful career since his days with Yusef Lateef, he developed his own style and honed his craft ever evolving and stretching himself musically.  Louis is a dynamic driving force, his energy level, is as fresh today as it was in the sixties, he has earned his place as a drumming legend and a great band leader. Hayes has worked and recorded steadily with his own groups since 1989, his exceptional talent has always extended itself in his infallible ability to mobilize some of the tightest most cohesive groups together under his own name. Louis is currently touring in the USA and Europe with his two groups: Louis Hayes and the Cannonball Legacy Band, Featuring, Vincent Herring alto sax, and Jeremy Pelt trumpet, Rick Germanson, piano, Dezron Douglas, bass and Louis Hayes and the Jazz Communicators, with Steve Nelson on vibraphone, Abraham Burton, tenor saxophone, David Bryant, piano, Dezron Douglas, bass. Louis Hayes recorded a new CD with each band six months apart, both CD’s  climbed the charts and remained #1 for 4 – 6 weeks respectively.

In the words of C. Andrew Hovan “Never too flashy, Hayes has honed his craft to the highest sense of musicality, and it is this supportive role that makes him one of the drum legends”. The CD’s have received a plethora of highly positive reviews, between them, establishing that Louis Hayes is very much still at the helm, a driving force, who leaves jazz fans longing for more.

Louis Hayes has had numerous honors and awards here is just a sampling: