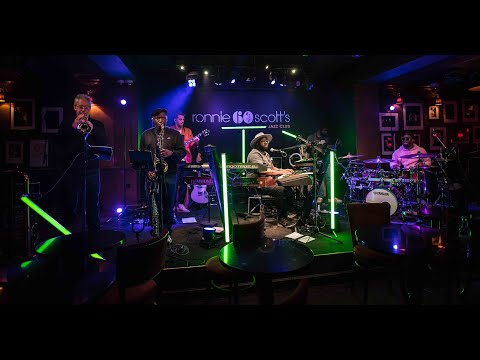 Donations: it is important when we share an artist's livestream via Facebook and YouTube that we fund these entirely through donations - please make a donation so we can keep producing these for you, support our artists and live music - thank you!

Tune in to our next session @ 9.15pm UK time. The livestream will appear live here so simply bookmark this page. It is also available directly from our Facebook and our YouTube channel. 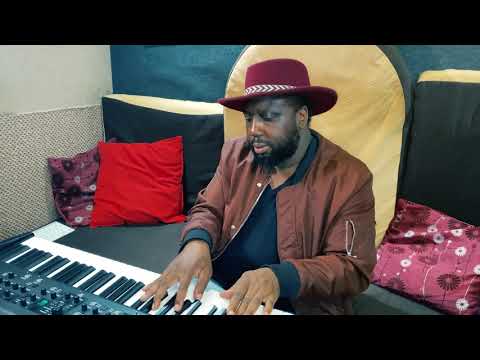 LUKE SMITH For over 25 years Luke has been delivering a musical experience that touches every generation regardless of background or culture; allowing them to embrace hope, joy, inspiration, emotional and spiritual uplifting. All of this was birthed out of a gospel heritage in the metropolitan city of Manchester, England. Luke is one of the best international session/recording musicians to come out of the UK in the last 20 years. He is a well respected and sought after keyboardist and is among some of the best in the business.

In 2006 Luke began his long-standing role as keyboardist in George Michaels band. He was front and centre at Michaels “come back” world tour, the ‘25 Live’ tour which entertained over 650,000 ecstatic fans over the course of a 49 date tour in 11 different countries. This was followed by George Michael creating history as the first artist to play a concert at the then new Wembley Stadium on 9 June 2007.

As a songwriter he co-wrote with the late Amy Winehouse on the Frank LP (“Take The Box” and “What it is About Men”), The Sugarbabes “One Foot In the One foot out” and Liberty X “Greed”.

GAVIN HOLLIGAN After signing with West Ham FC, no one would ever imagine that a professional footballer would ever leave the world of sport to hit the stage with Stevie Wonder, Jocelyn Brown and Floetry, but that’s what Gavin Holligan did. Despite making the unlikely transition, and enjoying various touring stints as background vocalist & keyboardist with established names including legends - Aswad and Gloria Gaynor, Gavin eventually became restless with it all, and concluded that it was time to develop his own ideas.

After a period of experimentation, Gavin independently released 'Brighter Day', which was picked up by 1xtra DJ Lewis Barker, and featured on the ‘BBC introducing’ radio show in 2008.

Gavin then went on to pen a 6 track EP entitled “Faith to Fly” which featured energetic guitars and epic vocal arrangements. However, Gavin swiftly noted that it was his emotive lyrics, spacious arrangements and heartfelt vocals that captured listeners so effortlessly. Consequently, Gavin retreated back to the drawing board to find a more fitting sound to accompany his unique vocal talent.

Years on, if we were to look for a current parallel to Gavin's own artistry, it would be the warm baritone vocal of Gregory Porter, or perhaps the fresh spin on yesteryears RnB music, brought to us by John Legend. Gavin Holligan could be summed up as a 'modern day classic artist', delivering much of the craftsmanship you would expect to hear from iconic musical heroes of old.

Jerome Matthew-Moore Brown, known to most as Jerry Brown, grew up in East London, along with older brother Nicky. Brought up in a musical family, the creative arts were just inevitable. Jerry started out very early in dance and musical theatre. Later on he pursued studying music theory, going straight into the music industry at 17 years old. Growing up in church, Jerry had a definite advantage. He trained up, playing more than one instrument, his voice and musical ear was refined too. Jerry’s been blessed to record & share the stage with artist such as, The late great Nina Simone, Tom Jones, Harry Connick Jr, Paul Weller, Tina Turner, Jessica Simpson, Girls Aloud, Will Young, Sam Moore, Deep Purple, The London Community Gospel Choir, The Kingdom Choir, Courtney Pine, Julian Joseph & The London Philharmonic Orchestra to name a few.

DAVID MRAKPOR (bass) London-based multi-instrumentalist David Mrakpor takes on the role as bassist in Luke Smith's band. He can be heard playing the vibraphone on Luke's tune 'New Dawn' too. As well being widely recognised as one half of the Jazztronica duo Blue Lab Beats, David also leads his own jazz trio and plays keys in JD3.

CHARLIE ALLEN (guitar) Charlie is a Bristolian session guitarist and artist based in London, as well as playing in company with artists such as McKnasty, Charlie has made a name for himself for his ultra precise, groovy and all-round silky playing.

PATRICK CLAHAR (sax) is a London based saxophonist, composer and educator internationally acclaimed for his work with Incognito, Basia and Bill Bruford. One of the leading saxophonists of his generation, Pat is a powerful, post-Coltrane tenor player his playing is tempered with a strong sense of melodic improvisation. A leading light of the Julian Joseph Big Band and small group, Pat achieved worldwide recognition as the sax player with Bill Bruford's Earthworks. Long established and sought after on the studio scene, Pat’s also worked with the likes of Jazz Jamaica, Jason Rebello and Steve Grossman. As well as a performer Pat is also an experienced and respected educator and is widely respected throughout the jazz community. Other credits include: James Brown, Stevie Wonder, Diana Ross, Omar, Harvey Mason, Bill Cobham, Joss Stone, Patti Labelle, The Headhunters, Lou Reed, Light of the World, Mica Paris and Carleen Anderson.

SID GOULD (trumpet) is currently a member of Incognito, Snowboy and the Latin Section, Funkestra, Roberto Pla Latin Jazz Ensemble, and Push. He regularly deputise on the West-End Production of Wicked and Dreamgirls. 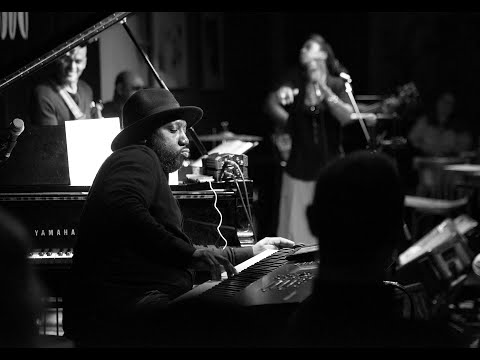