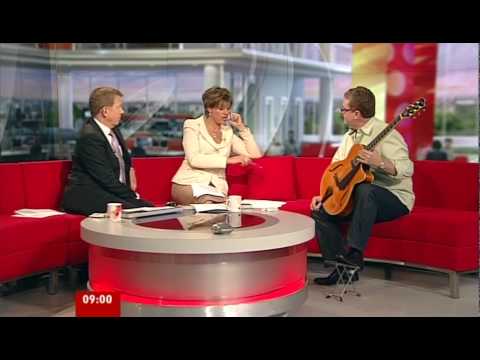 Widely considered to be the world’s foremost exponent of solo jazz and fingerstyle guitar playing, Martin possesses an inimitable style that has earned him global acclaim from fellow musicians, fans and critics alike. He dazzles audiences with a signature style that artfully combines his virtuosity, emotion and humor with a strong, engaging stage presence.

Taylor has enjoyed a remarkable musical career spanning across five decades, with more than 100 recordings to his credit. Completely self-taught beginning at the early age of 4, he has invented and developed a unique way of playing the guitar that is greatly admired, and often emulated, by guitarists all over the world.

Taylor brings a rich and varied musical heritage to his play, to the extent that Tommy Emmanuel remarked that [Taylor] is “a portal into all that came before.”

Over his stellar career, Taylor has amassed a record 14 British Jazz Awards as a guitarist. Several of his albums have been in the Top 10 in the USA and Europe.

From 1979 to 1990, he toured the world and recorded over 20 albums with the French jazz violin legend STEPHANE GRAPPELLI. Their album with Vassar Clements “Together At Last” won a Grammy Nomination in 1987. Monsieur Grappelli described him as “A great artist, rich in talent and elegance.”

His ground breaking solo album ARTISTRY, produced by Steve Howe, was released in 1992 to much critical acclaim. It was #1 in the HMV Jazz Charts for a record 12 weeks and launched his career as an international solo artist.

After two very successful albums for Sony/Columbia, KISS AND TELL and NITELIFE, he went on to record several albums for The Guitar Label.

In 1999, Taylor was awarded an Honorary Doctorate from the University of The West of Scotland, and in 2002, he was appointed MBE (Member of the Order of the British Empire) “For Services To Jazz Music” on The Queen’s Birthday Honours List, which he received personally from Her Majesty The Queen at an investiture at Buckingham Palace.

His autobiography “Martin Taylor- Autobiography of a Travelling Musician” was released in 2005.

In 2007, Taylor received the prestigious BBC Radio 2 “Heart of Jazz” Award in recognition of his career in music and was presented with a Lifetime Achievement Award from the North Wales Jazz Guitar Festival for his “Contribution to Jazz Guitar Worldwide”.

2010 was a landmark year for Martin Taylor. The year started with the prestigious Royal Scottish Academy of Music and Drama presenting him with his second honorary doctorate. In April 2010, the Martin Taylor Guitar Academy was launched, an online guitar school that propelled Taylor into becoming one of the world's most recognized and beloved online guitar teachers. This innovative online learning program has been featured on NPR, BBC, Fox News and in the Los Angeles Times and today has students in over 60 countries.

Another milestone was reached in 2010 with the world premier of an exciting new work for guitar, orchestra and big band with the creation of Martin Taylor's 'Spirit of Django Suite'. Based on themes by Martin Taylor and arranged by Guy Barker, the debut featured Martin Taylor, his group Spirit of Django, the Guy Barker Big Band, and the Royal Liverpool Philharmonic Orchestra.

"Martin Taylor is one of the most awesome solo guitar players in the history of the instrument." – Pat Metheny

"He out-shred’s all of us put together….I’ve never seen anything like it" – Jeff Beck

"Martin's playing is rich with elegance, he is a great artist" - Stephane Grappelli

"One of the greatest guitarists in the world... I just love his playing" - Chet Atkins
"A rare talent and one to be not simply appreciated but treasured" - Sir Michael Parkinson