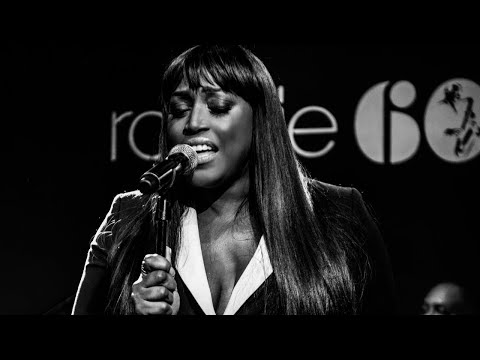 Mica was recently honoured in the Queen’s birthday honours list with a MBE and signed a new 3 record album deal with Warner Music.  She recentlyly fulfilled a dream of being part of the Eastenders cast.

MICA PARIS is one of the UK’s finest and most respected singers with a long career of hit singles and albums marking her out as the undisputed British Queen of Soul.  She is also a well-known public figure on stage and screen through her frequent appearances on TV and radio as a popular presenter, and through her acting on both stage and screen.

Mica grew up singing in her grandparents' church, and by her mid-teens was making regular appearances with The Spirit Of Watts gospel choir, with whom she featured on the 1985 EP Gospel Joy.  At the age of 18 “If” was signed to the 4th & Broadway label on Island Records and included her first Top 10 hit “My One Temptation” which peaked at #7 in the UK charts as well as a collaboration with jazz saxophonist Courtney Pine on “Like Dreamers Do” and “Breathe Life into Me”, both Top 30 UK hits. This was followed by a duet with US soul singer Will Downing on the classic Roberta Flack and Donny Hathaway song “Where Is The Love” which broke the UK Top 20.

Mica recorded a two-track single featuring “Ev’ry Time We Say Goodbye” and “Imagine My Frustration” in honour of Ella Fitzgerald with the Guy Barker Orchestra in 2017 followed by a series of sell out concerts later that year.

Mica is the official Ambassador for Centrepoint, Amy Winehouse Foundation and for The Willow Foundation.