Myriad3 was an accident. Chris, Dan, and Ernesto had never played together until a few substitutions and a twist of fate put them on stage together for the first time in late 2010. Since then,
the trio has completed multiple tours of Canada, the US and Europe, including a CD release at Sunset/Sunside in Paris, a tour of Canadian jazz festivals in 2014 and a showcase performance at
Jazzahead!in Bremen, Germany.
The band is a true collective. Each member acts simultaneously as a leader and a sideman. They play mostly original music that features different aspects of jazz improvisation, ensemble playing and
contemporary composition. In June 2014, Myriad3 released their second album, The Where on Universal/Alma Records. It was nominated for a 2015 Juno Award for Jazz Album of the Year: Group.
Chris Donnelly represents a new generation of jazz pianists, composers and improvisers dedicated to creating programs that are engaging, entertaining and educating. He is continually praised
for his virtuosic performances, musicality, versatility and ability to captivate audiences. In September 2008, Chris released his Juno-nominated, debut album with Alma Records called ‘Solo,’  featuring a blend of
original material and arrangements of jazz standards. This also earned him nominations for ‘Best Recording of the Year’  and ‘Best Keyboardist of the Year’  from the 2009 National Jazz Awards.
Daniel Fortin was born and raised in Peterborough, Ontario. He graduated from the University of
Toronto’s Jazz Performance Program in 2007. Since moving to Toronto, Dan has been an active member of the local, national and international music scenes, playing with the likes of Myriad3, Bernice, STOPTIME,
Engine, Serena Ryder, The Alex Goodman Quintet (2013 Juno nominees), The Jessica Stuart Few, The Michael Davidson Septet, The Queer Songbook Orchestra, The Harley Card trio, and The Matt Newton Trio.
He has also performed with Mike Murley, Dave Restivo, David Occhipinti, Terry Clarke, Tim Ries, Tara Davidson, the LeBoeuf brothers, Florian Hofner, and July Talk. He has attended workshops and residencies
at the Banff Centre for the Arts and the School For Improvised Music (NYC), and has taught at the Humber College Community Music Program. His playing can be heard on over 30 albums. ‘Brinks,’  his debut
album as a leader will be released in 2015.
Drummer Ernesto Cervini is making a name for himself as a consummate bandleader and in- demand sideman, repeatedly praised for his deeply musical, infectiously energetic talents. Time Out New York
encapsulated Cervini as “a buoyant drummer as well as a sharp composer and bandleader,”  while the jazz bible, Downbeat described his fluid style as one that “exemplifies `float like a butterfly, sting like a
bee’.”  The drummer released There, his third album as leader of the Ernesto Cervini Quartet, in fall 2011. 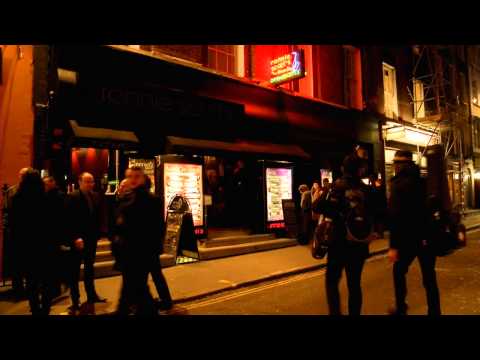