“...she draws comparisons with Nina Simone and Alicia Keys, but has developed her own soulfully compelling style as well as a voice whose honeyed, silky caresses are to die for” (MOJO) 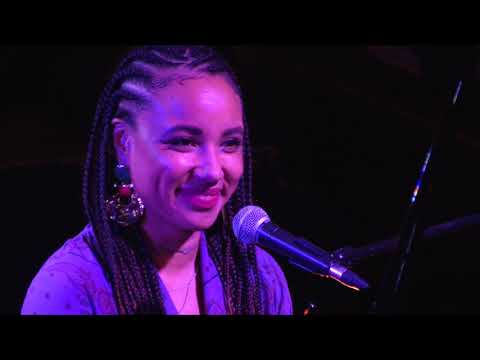 In this soulful live show, Natalie Duncan takes you on a journey across Neo Soul, Blues, R&B and nods to Jazz. Distinguished by a unique sound, with incorporated elements from several other genres and influences, the artist finds inspiration from her own life experiences, as well as the world-class musicians she grew up around in creative cities.

She has been compared to legendary and multifaceted global artists such as Stevie Wonder and Aretha Franklin. Her career has spanned many years performing her own music, including featuring in London Jazz Festival’s Jazz Voice Opener, Later with Jools Holland and vocalist for Drum and Bass legend, Goldie.

“Natalie has dug deep to produce a set of genuine, heartfelt and resonating songs. The stripped-back feel and fine ensemble work incredibly well allowing what Quincey Jones used to say “enough space for God to walk through the music” (Blues & Soul)

“Free is a fine album, probably my favourite of the year so far.” (Echoes Magazine, 5* review, Soul Album of the Month)

Natalie’s latest band line up of incredible musicians include:

Drums: Richard Spaven – Jordan Rakei, José James, flying lotus - “a player that has his own unique take on how to make things swing, groove and excite, not only the artist that he is working for, but the audience too. With all these qualities, you know you are in the company of a great musician.”

Natalie Duncan: Nottingham raised singer/songwriter/pianist Natalie Duncan's sublime piano playing and expressive, lyrical voice first came to the attention of those in the know in 2009 at the age of 19 with the release of her debut EP "Natalie Alexis Duncan". However, it was 2011 and her involvement in the BBC programme "Goldie's Band By Royal Appointment", the three-part series that was the brainchild of drum and bass pioneer Goldie, that she came to wider attention. Following her appearances on that show she was signed to Universal’s Decca Records and produced her first album "Devil in Me", which was released in 2012 to considerable acclaim, the Guardian declaring "An incandescent star is born". Towards the end of that same year she appeared on "Later with Jools Holland" which led to her touring as support for the band Muse. Since then she has, amongst many other things, released an electronic EP, "Black & White", and a single titled "Lies" which is currently highly streamed. After returning from Thailand where Goldie facilitated the recording of her new album, Duncan released her second album "Free" in July 2020 on Goldie’s label, Fallen Tree 1Hundred. She received excellent critical acclaim from publications including Mojo, Blues and Soul plus Echoes and Bandcamp who both made it album of the month. Lead single 'Sirens' Debuted on Trevor Nelson's Rhythm Nation and it was also spot played by Jamie Cullum BBC2 and long time supporter Cerys Matthews on BBC6 music. Keen supporters from Jazz FM made "Free" their record of the week where multiple songs were played and discussed. Duncan launched the album with a live intimate recording from Ronnie Scott's plus, the first live performance of it took place at London's Jazz Café in October 2020. She is currently working on her 3rd record and continues to perform live with plans of performing the festival circuit in 2021.