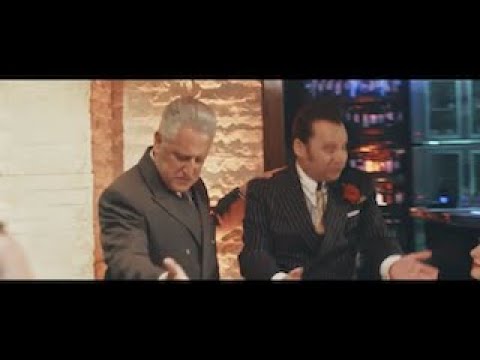 There is one man who is continuing the upbeat, fun-soaked, tradition of entertaining crowds with great music, moves and character such as Cab Calloway, Louis Prima, ‘Fats’ Waller. His name is Ray Gelato, and he joins his legendary predecessors in continuing the trend of delivering the coolest sounds around. With a new album recorded over lockdown called, Locked Down But Not Out, we welcome the return of Ray Gelato to the club.

Backed by his band, Ray is now considered to be one of the last in a long line of the classic jazz entertainers. Audiences and listeners across the world can expect to hear some footstompin’, swinging music that will leave them feeling uplifted and inspired. The band run through a selection of truly classic records and dedications as well as Ray’s original material, which has deservedly become some of the most requested during his live shows. Join Ray and his stunning band in paying homage to the ‘Great Entertainers’ and help keep this incredible music swingin’.

“Arguably the only British jazz artist with a proper stage show.” THE LONDON EVENING STANDARD

With performances all over the world, he has twice been requested to perform by personal invitation of HM the Queen, opened for Robbie Williams at The Royal Albert Hall, not to mention private appearances for the likes of Richard Branson, Elle McPherson and a personal invitation to perform at Paul McCartney’s wedding. Other performances include sets with BBC Symphony Orchestra live in Hyde Park, The Proms, and a superb show backed by a 35-piece orchestra alongside Katie Melua and Will Young at the BBC's VE Day Concert in Trafalgar Square. Further TV appearances include This Morning, BBC News and Strictly Come Dancing. Ray is touring with his new album, released in January. He is also releasing his very own cookbook’.