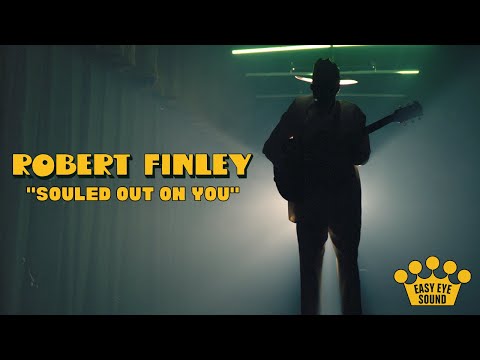 Finley today premiered a music video for “I Can Feel Your Pain,” a powerful soul ballad from his celebrated album Sharecropper’s Son,produced by Dan Auerbach and released earlier this year. The video premiered with Brooklyn Vegan who stated,  “The video has a nostalgic haze to it that really goes with the retro soul/blues vibe of the song, and though the music sounds like it could've been released decades ago, the message is entirely current.”

Speaking about the song, Finley commented, “‘I Can Feel Your Pain’ relates really to what is going on today. From people losing loved ones to the pandemic, all the marches going on, people being slaughtered by the police. Even if you don’t really know about the situation from a personal perspective you feel sympathy for that person who had to go through those things and this song is for them.”

“The greatest living soul singer” released his career defining album on Easy Eye Sound, to a plethora of praise. Finley was the cover story for SPIN Magazine’s June 2021 issue and interviewed by NPR’s Morning Edition, listen here. Rolling Stone described Finley's vocals as the perfect combination of “weathered and expressive” and GRAMMY.com praised, “his mesmerizing voice.”  EBONY stated “this singer-songwriter defies categorizing and just makes Black music that feels good,” and AVClub stated “Finley has a voice so distinctive and compelling that it can’t be ignored.” 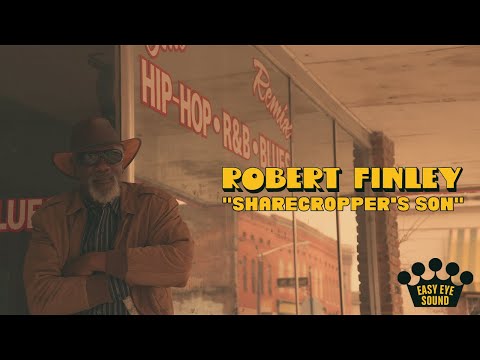 “The music sounds like it could've been released decades ago, the message is entirely current”  Brooklyn Vegan

“One of the finest albums of the year” SPIN

Robert is an army veteran and was a skilled carpenter before losing his sight in his 60s to finally pursue his musical dream. Finley has overcome divorce, house fires, an automobile accident and is legally blind following losing his sight due to the medical condition, glaucoma, which forced him to retire from carpentry and finally pursue his long delayed music career. Finley believes his sight was improved by the power of prayer, and Finley’s faith has also helped him focus on launching his music career in his 60’s. According to Finley, “losing my sight gave me the perspective to see my true destiny.”

His ascent has been swift. His Auerbach produced previous album, Goin’ Platinum, received widespread critical acclaim includingAssociated Press who praised Finley’s ability to lend “instant credibility to any song,” and Guardian/The Observer who exclaimed, “Finley’s versatile voice ranges from prime Motown holler to heartbroken falsetto croon.” Finley also toured more than 10 countries, and his live show drew praise from publications including The New York Times. Finley was profiled on PBS NewsHour, which led to him becoming a contestant on the 2019 season of the TV competition America’s Got Talent, reaching the semi-finals.

Auerbach saw Finley’s potential straight away, proclaiming him “the greatest living soul singer.” “He walked in like he was straight out of the swamp.” Auerbach recalled, adding, “He had leather pants, snakeskin boots, a big Country & Western belt buckle, a leather cowboy hat and a three-quarter-length leather duster. The final touch was the folding cane the legally blind Finley wore on his hip, in a holster. Basically, he was dressed for national television.”

Currently living in Bernice, in North-Central Louisiana, Finley is one of eight children and was born in Winnsboro, Louisiana in 1953. Song’s including Sharecropper’s Son’s title track, were inspired by Finley's childhood. His family was Sharecroppers, and he was unable to regularly attend school and often worked with his family in the field picking cotton. He later attended a segregated school but dropped out in the 10th grade to go into employment.

“I was ready to tell my story, and Dan and his guys knew me so well by then that they knew it almost like I do, so they had my back all the way.”  Finley stated, reflecting back on his childhood stories that inspired the record, “Working in the cotton fields wasn't a pleasant place to be, but it was part of my life. We stayed in the neighborhood most of our childhood. It wasn’t really all that safe to be out by yourself. One of the things I love about music is that, when I was a boy growing up in the South, nobody wanted to hear what I had to say or what I thought about anything. But when I started putting it in songs, people listened.”