The Ronnie Scott's Jazz Orchestra  present a jubilee special to celebrate the Queen's platinum jubilee.  They will play the rarely heard Queen's Suite plus other regal pieces such as Royal Ellington Party, Queenie Pie, Jubilee Stomp and music from jazz royalty such as Count Basie and Earl Hines.

One of the UK's finest big bands teeming with first-call players and appearing under the Musical Directorship of award winning band leader Peter Long. 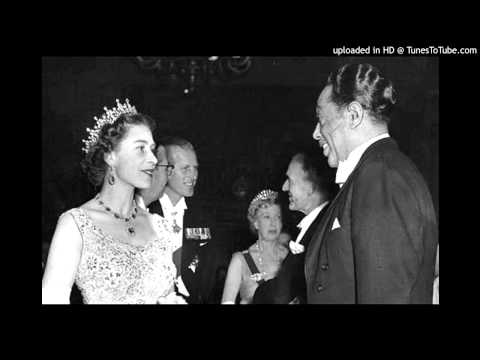 The History Behind the Queen’s Suite: ‘The Queen’s Suite, six songs Duke Ellington and his collaborator Billy Strayhorn composed for Queen Elizabeth II in 1958. Five of the six songs represent different musical landscapes—a grove full of fireflies, or a mockingbird singing at sunset—seen by Ellington in his travels around the world. Several of these, he wrote in his autobiography, represented some of the most moving moments of his life. It is a remarkable artistic achievement, even by the standards of such a prolific composer. But after recording it, he gave to the queen what he claimed was the only copy, refusing to release the album in his lifetime.

In 1958 Ellington made his way to the Leeds Festival for a command performance for the royal family. It was two years into the midcareer renaissance he and his band experienced after the 1956 Newport Jazz Festival, when saxophonist Paul Gonsalves’ seemingly endless choruses on “Diminuendo and Crescendo in Blue” had Newport’s subdued WASPs dancing so hard that the authorities feared a riot. Not long after, Ellington was on the cover of Time. It was also one year after Governor Orval Faubus and the Little Rock Nine, and Louis Armstrong’s interview in which he called Faubus a no-good motherfucker. Big bands had mostly died off by then, victims of inflation, television, the decline of dance halls, and the rise of rock. But Ellington’s persisted.

When he met the queen he seems to have been taken with her. Harvey G. Cohen, in his excellent book Duke Ellington’s America, describes the meeting:

Various reports confirm that they charmed each other. She asked when he first visited her country, and Ellington diplomatically replied, “1933, your Majesty, years before you were born.” She expressed regret concerning her inability to attend his concerts on the tour, at which point, according to Melody Maker, Ellington’s “face puckered into a huge smile.” “In that case, your Majesty, I’d like to write a very special composition for you—a real royal suite.”

A photo of the scene seems to have captured that very smile. Ellington beams, incandescent, perhaps an indication of a special moment in the life of a musician who had played for his share of grandees. In an interview some years later, he said, “I told her that she was so inspiring and that something musical would surely come of it. She said she would be listening, so I wrote an album for her.”

Shortly thereafter, he set himself (and Strayhorn, who composed “Northern Lights,” one of the songs from the suite) to writing. In early 1959 he took his compositions to the band, which turned in an impressive performance—better than average for the period. According to Gary Marmorstein, author of The Label: The Story of Columbia Records, “a master was prepared, a gold disc issued privately to the royal family—according to an agreement between Ellington and his producer, Irving Townsend—with Ellington retaining rights to release the entire Suite at a later date. Eventually Ellington reimbursed Columbia $2,500 in production costs to buy it back.” Jazz historian Gary Giddins has written that probably no one outside Ellington’s inner circle knew of The Queen’s Suite until two years after his death in 1974. It was released posthumously by Norman Granz. In 1976 it won a Grammy, along with two other suites.

Even for Ellington, this was unusual behavior. He was famous for constantly writing and recording music—it’s estimated he wrote anywhere between two thousand and five thousand pieces—and he kept a stockpile of unreleased recordings (many from the last decade of his life) so large that it dwarfed the output of many major artists. Much of the unreleased material was variously made up of experiments in new styles and general overflow, music that record labels wouldn’t take a chance on, whether because he had simply published too much or the work was deemed too artistically ambitious. Yet The Queen’s Suite seems to have been different. Though the album was never released in his lifetime, he did perform selections from it in concerts, and one of its songs, “The Single Petal of a Rose,” was widely requested. The connection to the queen likely would have made the album quite marketable. Ellington himself even seems to have had a particular personal investment in the work. According to Townsend, the composer worked harder on the piece than anything else he’d ever seen.’

From Secret Music  on Duke Ellington’s The Queen’s Suite by Christopher Carroll https://www.laphamsquarterly.org/music/secret-music