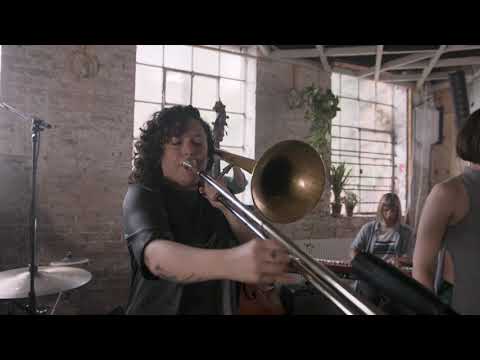 Trombonist, composer and producer Rosie Turton is a rising star on the UK music scene, cited by The Guardian as ‘One To Watch’. She released her debut LP, ‘Rosie’s 5ive’, with Jazz Re:freshed in early 2019. Rosie’s musical path is defined by her unwavering desire to explore new territories: sounds, textures and collaborations, she’s always open to discoveries. Her music tells the tales of meditative soundscapes and improvisations, blurring the lines between the acoustic and electronic universes.

Rosie’s most recent release in June 2021, ‘Expansions and Transformations: Part I & II’, goes into exploring ideas surrounding impermanence, and how music and mind connect. This performance will showcase the new sounds from her latest EP, featuring soaring melodies accompanied by flickering electronics over the bed of the rhythm section.

By her South African parents first, who exposed her to a variety of music genres (her dad got Rosie a Bob Marley album which was a turning point in her musical upbringing), and later on by her first trombone teacher and mentor, John Crouch, who ran the local big band (Jazz Vehicle, Lincoln) and pushed her to get involved and open her horizons.

At 16, she met Composer Issie Barrat at the Sound and Music Summer School, who was a very influential figure to explore composition.

At the same time, she started playing with Tomorrow Warriors which was instrumental in Rosie’s development as a musician.

There, she met some key pillars of London’s burgeoning new jazz scene: Nubya Garcia, Joe Armon-Jones and Sheila Maurice-Grey amongst others.

Like them, she went to Trinity College of Music and started jamming at the Steez night led by Luke Newman, who is now one of her regular collaborators. From that period was also born Nerija, 7-piece band newly signed to Domino that she’s part of.

She released her latest EP in June 2021, Expansions and Transformations: Part I & II,  an exploration of impermanence and evolution and how this intertwines music and mind. 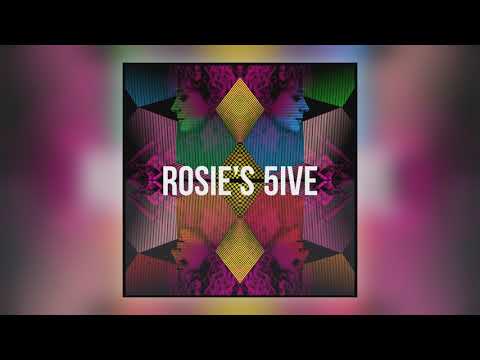