"Songs about hope and faith…magnificent, powerful.” The Guardian

"Sarah Brown Sings Mahalia Jackson is a stunning tribute to a gospel icon, with an authoritative stamp added by a super talent. Brown’s redemption songs will no doubt elevate your spirituality" Blues & Soul 10/10 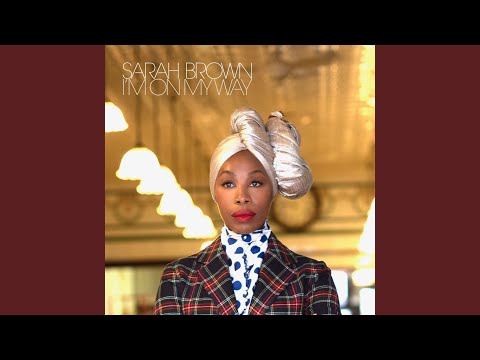 Sarah’s album is also remuneration for the nourishment Mahalia’s music has given her, of the hope and sanctuary through hard times faced over the years. The seed that grew the album was planted back in 2000, when Brown was singing backing on the Roxy Music reunion tour. Expect to hear Nobody Knows, On My Way and Walk Over God’s Heaven; and Didn’t It Rain among others.

Sarah Brown was raised on her sisters’ Mahalia Jackson and Aretha Franklin records. She honed her expressive voice and range from a young age in the local Pentacostal church. She joined The Inspirational Choir Of The Pentecostal First Born Church Of The Living God and sang with the group for 10 years, appearing on their 1985 debut album Sweet Inspiration and on Madness’ 1983 Number 2 hit single Wings Of A Dove. In the 90s she sung with Incognito, as a part of an ensemble with Quincy Jones at the 25th Montreux Jazz Festival and made up one part of jazz duo Lush Life. An in demand sessioneer, she has also sung with Pink Floyd, George Michael, Stevie Wonder and Simply Red and toured with Roxy Music, Simple Minds and Duran Duran.