Benoit Viellefon is one of the outstanding band leaders at work in Europe today, backed by an all star cast of the UK's finest swing musicians. 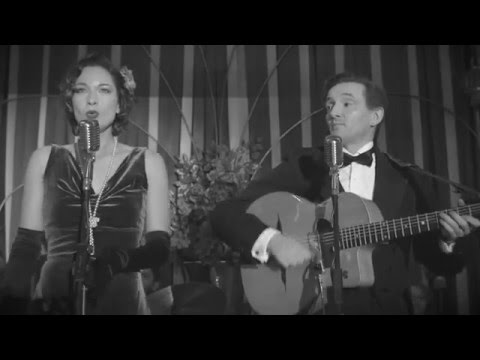 Here is his story.

Whether it be as a lifelong student of the glorious gypsy guitar musings of Django Reinhardt or as a crew member and specialist mechanic on 1930s De Havilland Tiger Moth airplanes, Benoit has always had a penchant for the nostalgic things in life. Like the man himself, Benoit's music is characterized by its distinctive elegance and boundless energy.

Having spent the late 1990s in the US, Benoit returned to London in 1998 to establish his label JohnJohnRecords.com and to work as a first-call session guitarist on many film soundtracks, international Reggae & Roots Music tours and on London's burgeoning vintage cabaret and burlesque scenes.

Benoit formed his orchestra in 2009 and it was immediately a hit on London's cabaret and vintage speakeasy scene. Since then Benoit and his Orchestra have played all over the UK and Europe to critical acclaim, fulfilling Benoit's vision of a contemporary orchestra who command the dance floor like the master entertainers of the 1920s, ‘30s and ‘40s.