“As a singer, Taylor has a sultry, smoky voice. She’s a versatile vocalist who can pay tribute to Nina Simone and Diana Krall“ Jon Clay, Jazzwise Magazine 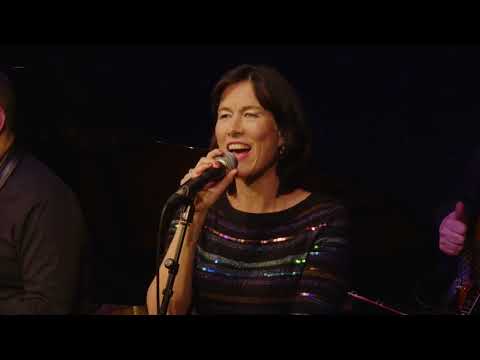 Katriona Taylor is a highly acclaimed jazz, Latin and soul singer/songwriter who has appeared with the likes of 11 times Grammy Award winner George Benson and the excellent James Taylor Quartet. Her silky smooth vocals compliment her outstanding arrangements and her world-class musicians are some of the UK’s finest. Katriona has performed for Royalty and at countless celebrity events, as well as internationally and across the UK.

Her show will include songs from Katriona’s internationally accredited album Blind Passion - visually impaired herself, this charismatic singer celebrates the music of legendary blind jazz artists, trailblazers who have inspired millions, such as Stevie Wonder, Diane Schuur, Ray Charles and Jose Feliciano, as well as some of her own remarkable original songs.

Her energy and passion has not gone unnoticed and she has received fantastic reviews for her superb performance of hit songs, such as her innovative Latin version of ‘Master Blaster’ from US icon Stevie Wonder. Also her inspired interpretation of Leon Russell’s classic hit ‘A Song For You’, for which Ray Charles was awarded a Grammy in 1994. Jools Holland has endorsed Katriona by contributing one of his original compositions to the album, which has received multiple plaudits and featured on BBC Radio.

Taylor has a seductive and rich voice and is a skilled and sensitive songwriter. She infuses her originals and favourite standards with honest emotion & sizzle. She has been likened to Diana Krall, Sade, Nora Jones, Eva Cassidy and Nancy Wilson.

“Blind Passion is terrific, with the arrangements giving a super completeness” Jeff Wayne, Composer of War Of The Worlds

“So lovely to hear, thank you Katriona. Beautifully sung – I love it!” Jools Holland

“They rose to their feet and demanded an encore” The Telegraph

“Katriona Taylor’s album “Blind Passion”, in which she celebrates the music of blind artists such as Stevie Wonder, Ray Charles, Diane Schuur and José Feliciano, is such a wonderful project. With her top-flight band she has made a real success of it”