From Perth, Western Australia, saxophonist Brandon Allen has been based in London for the past 16 years. Since then, he has worked with many varied artists and groups/ensembles, including Eric Clapton, Jools Holland, Jason Rebello, Kyle Eastwood, John Etheridge, Soweto Kinch, The BBC Big Band and many more. He also regularly hosts the Late Late Show here at Ronnie Scott’s and is the founder and director of the Highgate Jazz with Soul Festival.

"Brandon Allen is arguably the most exciting tenor player in Britain today. His phrasing is unashamedly emotional, soaked in the blues tradition."-  Tony Hall, Jazzwise

"His four-octave range and flawless command of the altissimo register was nicely offset by his full-bodied yet raucous tonal quality offering something for fans of the entire history of the instrument- from Hawkins to Brecker- he's got em covered." London Jazz News 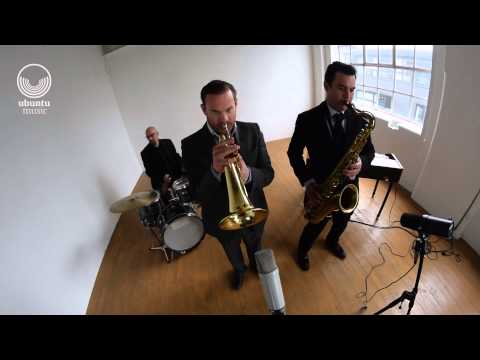 “We haven't had anything like this in New York for over twenty years". Wynton Marsalis
From Monday to Saturday and following the main act, Ronnie Scott’s presents UK’s finest talents in the Late Late Show. A late night ‘blowing session’ where invited guests and musical celebrities such as Stevie Wonder, Esperanza Spalding, Marcus Miller, Robert Glasper, Lady Gaga, Christian Scott etc who happen to be in town are showcased – you never know who might drop by! Doors 11pm (weekdays) & 1am (weekends).
MONDAY - THURSDAY 11pm-3am
FRIDAY - SATURDAY 1am-3am
Entry on the door (pre-booking available (Mon - Thurs only).
£10 in advance, £12 on the door, £6 M.U. Members & Students (with valid card), FREE entry Club members and main show ticket holders.
In 1959, saxophonist Ronnie Scott opened the door to a small basement club in London’s west end where local musicians could jam. Today, it is one of the world’s most famous jazz clubs attracting packed houses and the biggest names in jazz and popular music and Ronnie Scott’s welcoming, stylish setting is also home to London’s coolest late night hang.