Kaiyo… the sea, constantly reforming, waves, currents, tides and flow. This poetic affectation hopefully represents the inspiration we take from the music formed by or influenced by the great facilitators of group improvisation in jazz, in particular Bill Evans, Jimmy Guiffre and Miles Davis.

This performance will feature familiar tunes (standards) and a few original compositions, but whatever the material the intention throughout is to develop interaction, ebb and flow amongst the three protagonists within the tides and currents of improvisation.

Bill Evans wrote so insightfully about jazz by referring to Japanese art:

"There is a Japanese visual art in which the artist is forced to be spontaneous. He must paint on a thin stretched parchment with a special brush and black water paint in such a way that an unnatural or interrupted stroke will destroy the line or break through the parchment. Erasures or changes are impossible. These artists must practice a particular discipline, that of allowing the idea to express itself in communication with their hands in such a direct way that deliberation cannot interfere.

The resulting pictures lack the complex composition and textures of ordinary painting, but it is said that those who see well find something captured that escapes explanation (form the liner notes for Miles Davis, Kind of Blue 1959).

… this very much captures the Zen of jazz! 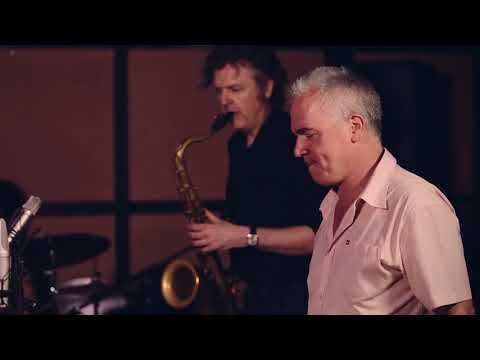