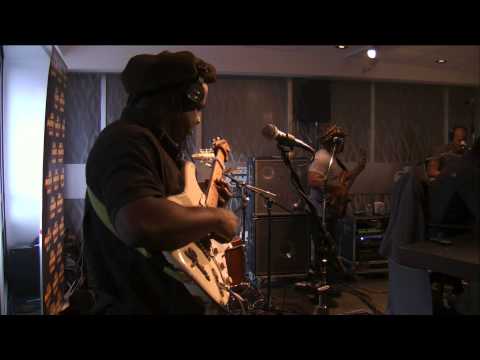 For over four decades the Wooten Brothers have been recognized as some of the most innovative musicians in existence and are collectively known as one of the most talented and dynamic band of brothers the world has ever known. Since they were young, the five brothers have been a musical tour-de-force redefining the limits of jazz, funk, soul, R&B, rock, and bluegrass. Sons of military parents, their early years were spent living in different states including Hawaii, California, and Virginia where they shared stages with the likes of Curtis Mayfield, The Temptations, Ramsey Lewis, Stephanie Mills, War, and other artists. In the mid 80’s, the brothers released an album as The Wootens for Clive Davis’ Arista Records.

Victor Lemonte Wooten is a unique human being. Born the youngest of five boys, he began learning to play music at the tender age of two. He started performing in nightclubs and theaters as the bassist with the family band at age five, and at age six, was on tour with his brothers opening shows for legendary soul artist Curtis Mayfield. Soon after, he was affectionately known as the 8- year-old Bass Ace, and before graduating high school, he and his brothers had shared the stage with artists such as Stephanie Mills, War, Ramsey Lewis, Frankie Beverly and Maze, Dexter Wansel, and The Temptations. But, this only begins to tell the tale of this Tennessee titan. Wooten, now a five-time Grammy winner, hit the worldwide scene in 1990 as a founding member of the supergroup Bela Fleck and the Flecktones. Continuing to blaze a musical trail with the band, Victor has also become widely known for his own Grammy nominated solo recordings and tours. Among other things, he is a loving husband and father of four, a skilled naturalist and teacher, a published author, a magician and acrobat, and has won every major award given to a bass guitarist including being voted Bassist of the Year in Bass Player Magazine's readers poll three times (the only person to win it more than once.) In 2011, Rolling Stone Magazine voted Victor one of the Top Ten Bassist of ALL TIME.

Victor was born September 11, 1964 to military parents on an air force base outside of Boise, Idaho. Soon after, the family packed up and moved on as military families often do. It was during the years stationed in Hawaii that the brothers began performing as a five-piece band. With Regi on guitar, Roy on drums, Rudy on sax, Joseph on keys, and Victor on bass, the Wooten Brothers Band was born. Performing in their front yard, the band immediately began honing their skills. Victor credits the brothers' early ability to play a variety of musical genres to the experience of relocating frequently, the diversity of 1960's radio stations, and the unwavering support of their parents who provided many opportunities and booked all of their performances. "My brothers, who were already playing music, knew they needed a bass player to complete the family band. Regi started teaching me as soon as I could sit up straight, and my parents let him do it." What they soon found out was that the brothers were quickly becoming star attractions. The Wooten Brothers rapidly became staple figures and star attractions at the park throughout the 1980's working in the German, Italian, Country and Bluegrass, and Americana shows.

In 1988, Wooten found himself living in Nashville. Later that year, Béla and Victor, along with Victor's inventive brother Roy "Future Man" Wooten, and harmonica & piano wizard Howard Levy, formed the eclectic ensemble Béla Fleck and the Flecktones. With a dozen recordings undertheir belt, the band has created a completely new sound and has become known for its genredefying music. Currently, over twenty years later, the band is still going strong.

A few years after he began touring with the Flecktones, Victor released his first solo project, A Show of Hands. Recorded with only a 4-string bass, no multi-tracking, and a lot of groove and soul, this revolutionary CD was voted one of the most important bass records of all time. In 2009, Wooten Woods became the new home for all of Victor's camps. The nearly 150-acre retreat, owned by Victor and his wife, is located on the beautiful Duck River west of Nashville, TN. This picturesque retreat center, largely built by the hands and hearts of past students, has provided many more opportunities for Victor and his staff to share their lifelong experiences with others.

His respected reputation as a teacher and speaker/lecturer on the subjects of both Music and Nature have garnered invitations for him to speak and teach at schools, universities, classes and spiritual centers around the world. Some of these places include Strathmore College, Berklee College of Music, Stanford University, Harvard, Mississippi State, Miami University, Middle Tennessee State University, The Haven (Gabriola Isle BC, Canada), Various Nature Centers and camps, and The NYC "Y" with Dan Levitin, author of "This Is Your Brain On Music".

Regi Wooten started playing homemade instruments early on. At five years old, Regi and brothers Roy and Rudy, were seen dancing by James Brown, who pulled them up on stage to dance with him. When Regi was nine he started teaching his younger brother Victor bass and Joseph keyboards. Immediately the Wooten Brothers Band was formed featuring; Regi on ukelele, Roy on drums, Rudy on Saxophone, Joe on Keys and Victor on bass. Regi was ten years old at that time, Roy was nine, Rudy was eight, Joseph was five and Victor was two. The rest, as they say, is Musical History. Regi teaches Guitar and lectures on many diverse aspects of Music during the Wooten Camps Programs.

Roy Wilfred Wooten (born October 13, 1957), also known as “RoyEl”, best known by his stage name Future Man (also written Futureman), is an inventor, musician, and composer. He is also known as Futche to his fans. He is a percussionist and member of the jazz quartet Béla Fleck and the Flecktones, along with banjoist Béla Fleck, harmonicist Howard Levy, and Roy’s brother, electric bass virtuoso Victor Wooten. Born in Hampton, Virginia, Roy briefly attended music classes at Norfolk State University upon graduating from high school, and then embarked on his professional music career. He and his brothers moved to Nashville, Tennessee in the mid-1980s. Wooten is a six-time Grammy Award-winning performer with Béla Fleck and the Flecktones. For the Flecktones, he plays the Drumitar, a novel electronic instrument of his own invention, and occasionally performs vocals as well. More recently, Wooten has developed a new electronic instrument called the RoyEl, which resembles a piano but plays notes not found in the traditional western music scales. This instrument is based on the periodic table of elements and the golden ratio.

Joseph Allen Wooten (keyboardist, writer, arranger, producer, educator, motivational speaker) is a 3-time Grammy nominated artist who has been the keyboardist for The Steve Miller Band since 1993. He is also the brother of bass player Victor Wooten, (5 time Grammy Award Winner) Roy Wooten, (5 time Grammy Award Winner) (Futureman, Bela Fleck and the Flecktones), and Regi Wooten. Joseph’s early elementary school years were spent with his siblings playing nightclubs and sharing the stage with Curtis Mayfield, War and other major artists of the time as “The Wooten Brothers”. In the ’70s there were more major artists to share the stage with; The Temptations, The SOS Band, Stephanie Mills, Dexter Wansel, Ramsey Lewis, Maze featuring Frankie Beverly and others. In ’93 he became the keyboard player/vocalist for the legendary Steve Miller Band, playing large venues around the world, and where he has remained for 18 years. When not on the road with the Steve Miller Band, Joseph is a part of an elite group of hand picked musicians called Freedom Sings, organized by the First Amendment Center in Washington D.C. presenting a multi-media experience celebrating The First Amendment and free expression. He also serves as keyboardist to his brother Victor, in between breaks from his extensive travels with Steve Miller.

When he is not traveling city to city, Joseph can often be found speaking to college students, high school and middle school students, about character development, self esteem, self respect, and personal growth using his own life experiences as examples.