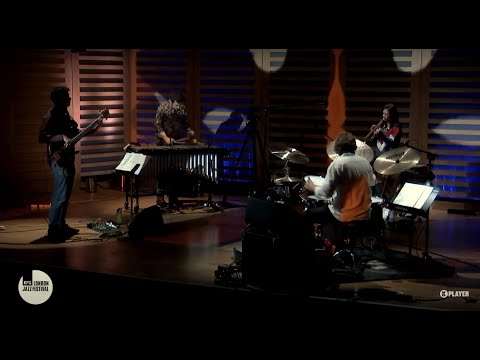 Yazz ahmed is a british-bahraini trumpet and flugelhorn player.

“Rich, powerful, colourful, exciting and highly evocative. Ahmed’s most ambitious and most successful work to date has the feel of a ‘major statement’ about it.” –thejazzmann.com

Through her music, British-Bahraini trumpet player, Yazz Ahmed, seeks to blur the lines between jazz and electronic sound design, bringing together the sounds of her mixed heritage in what has been described as ‘psychedelic Arabic jazz, intoxicating and compelling’.

Her career is studded with high profile collaborations, which have seen her record and perform with the likes of Radiohead, Lee Scratch Perry, Transglobal Underground, Susheela Raman, Tarek Yamani, Amel Zen, including a world tour with These New Puritans.

It was Yazz's second album, La Saboteuse, which made a global impact, clocking up multiple rave reviews and making many ‘best of 2017’ lists around the world, including Jazz Album of the Year in The Wire magazine, and achieving the number 18 spot in Bandcamp’s top 100 albums (all genres).

“This is enchanting, late night music that floats on the liminal space between dreams and reality. And for sheer, unconquered beauty, there are few albums of any genre that reach these heady heights. Ahmed, in diving deep within herself, comes back up for air with a mysterious, wondrous artefact humming in her hands,” the2010s.net

Yazz’s 2019 album, Polyhymnia, (Ropeadope Records) was voted Album of The Year at the 2020 Jazz FM Awards. Making many ‘best of year’ lists and garnering multiple rave reviews, the release builds on her growing reputation as a notable composer with a strong individual voice, a figure at the heart of the exciting UK scene.

“Whilst gathering ideas for my composition, I came across the character of Polyhymnia, the ancient Greek Muse of music, poetry and dance: a Goddess for the arts. Perhaps inspired by her, I conceived the form of a suite of movements, each dedicated to women of outstanding qualities, role models, with whom I felt a strong connection. Whereas La Saboteuse, the embodiment of my inner-destroyer and the catalyst for the creation of my last album, could be viewed as my anti-muse, maybe Polyhymnia herself became my Muse, inspiring an intense period of creativity, which resulted in the six pieces on this album.

Yazz has been nominated for Downbeat Magazine’s ‘Trumpet Artist of The Year’ and featured in the ‘Rising Star Trumpet’ category in the 2020 Downbeat critics’ poll. And at the close of 2020, she won the Jazz FM Award for UK Jazz Act of the Year, Jazz FM Album of The Year, and the highly prestigious Ivor Novello Award for Innovation.

“I hope that through my music I can bring people together, building bridges between cultures, and changing perceptions about women in jazz and people of Muslim heritage.”