An outgrowth of L.A. Express guitarist Robben Ford’s band founded in 1977, the Yellowjackets came to full buzzing flight four years later with its debut eponymous jazz-funk album, a salient introduction to a new-styled electric fusion of jazz and R&B—a modern take on Weather Report, if you will—for the post Return to Forever/Headhunters decade. The band was an immediate and controversial hit at the time when the jazz pendulum was beginning to swing back in the acoustic direction.

Some skeptics didn’t give the Yellowjackets a chance to survive, but here it is 35 years later—hardly trailing the segmented 40-year longevity of MJQ—and the group stretches its impressive longevity by continuing to evolve artistically with its third Mack Avenue Records recording, Cohearence. With two founding members—pianist/keyboardist Russell Ferrante and drummer Will Kennedy—and its longtime reeds player Bob Mintzer (a Jacket since 1990) and a brand-new virtuoso electric bassist, Australia-born Dane Alderson, the Yellowjackets cover a range of jazz flavors, including a rousing Weather Report jazz fusion vibe, a swinging switch-up on John Coltrane’s “Giant Steps,” a moving rendition of a folk song classic, a funky soul-jazz excursion and a chamber jazz-like grace in the album end-song, “Coherence.” 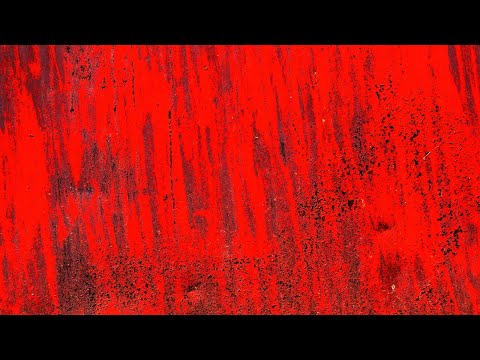 With its pockets of halcyon, buoyance, mystery, tumult and whimsy, Cohearence plays out as a multifaceted documentation of how far the once fusion band has come.

“There’s a lot of gratitude,” Ferrante says of the band’s 35th birthday. “It’s never been a given to us that we’d continue to be able to have the opportunity to write and record for that length of time. But you couldn’t have that in place unless you had a band of generous, giving musicians, none of whom have ever been ego’ed out.”

Based on the music of Cohearence, there’s a wealth of variety. There’s no sameness in hearing range. “We write music that reflects what fascinates us; music that’s worth exploring,” says Ferrante, who contributes five of the album’s ten songs. “I compose to work though ideas and workshop a piece, bring it into the laboratory to work on the compositional elements and make the piece a vehicle for improvisation.”

Mintzer composed three of the tunes and Kennedy one. Once an initial set list was conceived, the Jackets road-tested the music for five months, including dates in London in the late spring/early summer of 2015. “We spent a lot more time with the music than we usually do before we record,” Ferrante says. “We rehearsed the songs by playing them live, so that when we went into the studio we weren’t just playing our first impressions of the music. Then, we recorded totally live in less than two days.”

Opening the album is one of Ferrante’s songs, the catchy and upbeat “Golden State” about the Interstate 5 north-south freeway that runs though California, that has a bustling harmonic connect of piano and sax, and a relentless left-hand piano triplet rhythm. “I wanted to capture the energy and activity of the I-5,” he says. This is followed by Mintzer’s charged “Guarded Optimism” that is not only vibrant but also has a touch of dark mystery to it. “It’s a fast piece with a syncopated melody that reminds me of Weather Report,” Ferrante says. “For my piano solo, I used it as a challenge to see if I could keep my bass motif going with my left hand while independently playing with my right.”

Ferrante’s gentle “Anticipation” with folk-like influences starts slowly then builds in anticipation thanks to Alderson’s bass solo and Kennedy’s drum roll. It’s followed by Mintzer’s 6/8-grooved, synth-flavored “Inevitable Outcome,” featuring the composer’s EWI’s tonal colors. “’Trane Changing’ is a re-harmonization of ‘Giant Steps’ that Felix Pastorius had started during his time in the group,” Ferrante says. “I was intrigued with the tune and helped to solidify the arrangement and the countermelody, which gave Bob a great opportunity to play bass clarinet counterpoint.”

The playful part of the album starts with Ferrante’s funky “Eddie’s In The House,” his tip-of-the-hat to the late saxophonist Eddie Harris who first turned him on to jazz through his collaboration with pianist Les McCann on their Swiss Movement album. That’s followed by Kennedy’s “Fran’s Scene,” a play on his wife’s name (Francyne) that he masterminded, including the synth orchestration; while Mintzer’s skipping, carefree “Child’s Play” is a simple melody that has a depth to it with the band members’ support.

A highlight is the Yellowjackets’ lyrical, tenor sax-led cover of the traditional American folk song “Shenandoah.” “That was Bob’s idea,” says Ferrante. “He heard it in the last episode of that TV series The Newsroom and wanted to write a rearrangement for us to play.”

Ferrante’s “Coherence” ends the album with a chamber jazz feel of intertwining parts and the piano playing counterpoint to the melody. “It does have a classical music feeling with the fixed rhythm underneath,” says Ferrante. “Again this piece also connects to folk music. It’s a challenging piece to play and was one of the more difficult pieces to record. But we pulled it off.”

Speaking of “Coherence” the song, why is the album title Cohearence? Ferrante laughs and says it’s pun, with the word “hear” emphasized. But, if there is a theme at work on the recording, it is that sense of coherence.

When the Jackets were playing in London, Ferrante and Mintzer went to the Tate Modern where they were struck by the six-frame cycle of abstract paintings by Gerhard Richter, Cage—Six Paintings. “I decided to read further about it,” says Ferrante. “I was impressed by the fact that they were inspired by the music of John Cage and then I read that the paintings were described as a coherent group. So I started looking into that word.”

What Ferrante found was that the synonyms for coherent included balance, harmony, symmetry and unity. Given the music they were playing for the new album and the camaraderie of the band members, he had a profound realization that the triumph of Cohearence reveals the true nature of the group. “It means we’re all connected to what we’re doing as a band,” he says. “We’re making harmonious statements.”