From Monday to Saturday and following the main act, Ronnie Scott’s presents UK’s finest talents in the Late Late Show. A late night ‘blowing session’ where invited guests and musical celebrities such as Stevie Wonder, Esperanza Spalding, Marcus Miller, Robert Glasper, Lady Gaga, Christian Scott etc who happen to be in town are showcased – you never know who might drop by! Doors 11pm (weekdays) & 1am (weekends). 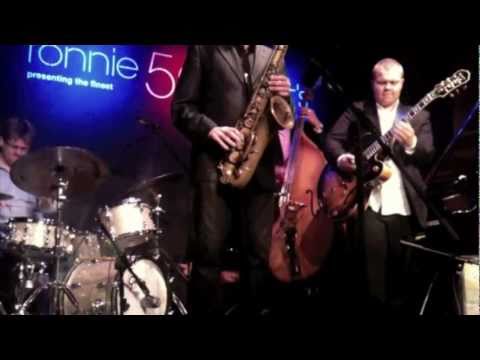 Artie Zaitz is a scholarship recipient at Trinity College of Music. Coming from a family of musicians he was exposed to the sounds of jazz from an early age. Artie developed a particular interest in 50's/60's recordings from the Blue Note label, which has had an influence on the material performed with his groups. Artie Zaitz is a regular feature at many of the top Jazz venues across London, regularly featured at Ronnie Scott's Late, Late Show, The Kansas Smitty's Club on Broadway Market leading his own groups. As well as leading his own groups where he pays tribute to the masters in Jazz, he is the choice Guitarist for many musicians and keeps up a busy schedule as a sideman across London.

Click Below For A Taster Of The Late Late Show (actual band on the night varies!)