Pianist, Matthew Fries, has been making waves in the jazz world as both a soloist and accompanist. The winner of the Great American Jazz Piano Competition, his debut album, Song for Today (TCB Music) was named a 2001 critics pick by Jazziz Magazine, and his continuing work with his collaborative trio, TRI-FI, “takes on the Jazz Trio challenge and delivers a ‘knock out’ punch” (Jazz Review).

As a sideman his work has been described as “the best jazz accompaniment I’ve seen in a cabaret in years” (The New York Times), and “the crispest rhythm section imaginable” (The London Times).

Click The Video Below For A Taster Of The Late Late Show (actual bands on the night vary)...

Matthew has been playing piano all his life. He was born in the small town of Selinsgrove, Pennsylvania, and grew up in a musical home. His mother was a classical singer. His father was a professor of piano at Susquehanna University and was Matthew’s first teacher, teaching him piano and music theory. During high school he played trumpet and sang in school choruses, but returned to piano after a college jazz history course awakened his interest in jazz piano. He earned a Bachelor’s Degree from Ithaca College and went on to earn a Master’s Degree from The University of Tennessee, where he taught undergraduate classes and studied with jazz piano great, Donald Brown.

Matthew now lives and works in New York City. He tours frequently with his collaborative trio, TRI-FI, and with singer, Curtis Stigers, as a regular member of his band. He continues to perform with a diverse lineup of artists that has included Stacey Kent, Ann Hampton Callaway, DeeDee Bridgewater, Vincent Herring, Steve Wilson, Dave Samuels, Claudio Roditi, Terell Stafford, and many others. 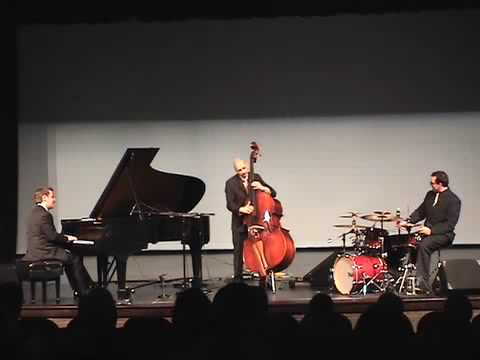