From Monday to Saturday and following the main act, Ronnie Scott’s presents UK’s finest talents in the Late Late Show. A late night ‘blowing session’ where invited guests and musical celebrities such as Stevie Wonder, Esperanza Spalding, Marcus Miller, Robert Glasper, Lady Gaga, Christian Scott etc who happen to be in town are showcased – you never know who might drop by! Doors 11pm (weekdays) & 1am (weekends).
Tonight, the Late Late Show presents… 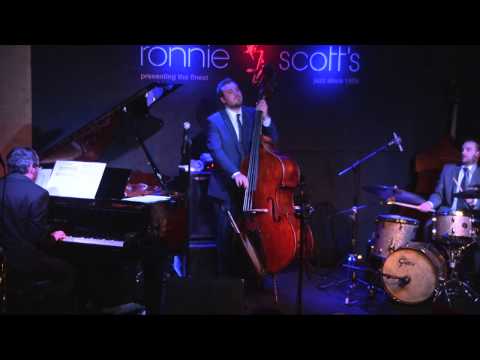 Bassist Tim Thornton is a regular performer on the British jazz scene and graduate of Birmingham Conservatoire. Tim won the 2013 British Jazz Award in the rising star category after releasing and touring his debut album ‘New Kid’.  He is a regular member of the Ronnie Scott's Quintet led by Ronnie Scott's artistic director James Pearson and a regular host of the Late Late Show at Ronnie Scott's with his Quartet featuring Grant Windsor, James Gardiner-Bateman and Chris Draper.

Bassist Tim Thornton is a regular performer on the British jazz scene and graduate of Birmingham Conservatoire. He comes from a very musical background with his parents Neal Thornton (pianist/composer) and Sally Burgess (Mezzo Soprano/Director) influencing his early interest in the music world. Tim won the 2013 British Jazz Award in the rising star category after releasing and touring his debut album ‘New Kid’ (SEHSO05). His new album "The Feel Good Place" is released soon on Jellymould Records featuring James Gardiner-Bateman, Grant Windsor and Chris Draper.

Tim performs at many venues internationally but can most likely be found playing around London at venues such as Ronnie Scott's, Pizza Express Jazz Club, or the 606 Club.