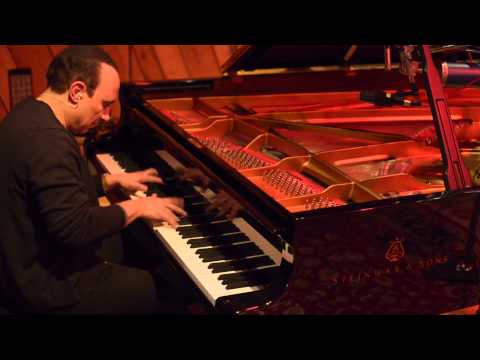 Michel Camilo was born in Santo Domingo, Dominican Republic, he studied for 13 years at the National Conservatory earning a degree of Professorship in Music and at the age of 16 became a member of the National Symphony Orchestra of his country. He moved to New York in 1979 where he continued his studies at Mannes and Juilliard School of Music. Since his 1985 Carnegie Hall debut he has become a prominent figure performing regularly at festivals throughout the United States, Europe, Japan, Asia, Middle East, South America and the Caribbean. 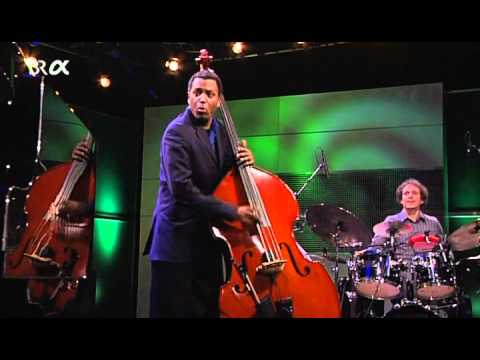 His twenty one recordings to date have been recognized with a Grammy award, an Emmy award, three Latin Grammy awards, two Grammy award nominations and two Premios de la MÃºsica (Spain). He has recorded in Solo, Duo, Trio, Sextet, Big Band and with Symphony Orchestras, as well as film soundtracks. He moves with ease between the worlds of Jazz, Latin and Classical music.

Highlights include his two-year appointment as Jazz Creative Director Chair of the Detroit Symphony Orchestra, his participation at the 55th Anniversary Celebration of the Newport Jazz Festival, a five year tenure as Musical Director of the Heineken Jazz Festival (Dominican Republic), president of the jury at the Montreux Jazz Solo Piano competition, as well as member of the jury at the Jacksonville Great American Jazz Piano competition, featured in the award winning Latin Jazz documentary film Calle 54, JazzWeek Artist of the Year, Artist in Residence at the Klavier Piano Festival Ruhr, voted among the Top 10 Jazz Pianists of the Year at the 69th Annual DownBeat Magazine Readers Poll, a three year Herb Alpert Visiting Professorship at Berklee College of Music, Meet the Composer and NYSCA composition grants, co-Artistic Director of the first Latin-Caribbean Music Festival at the Kennedy Center performing the world premiere of his Concerto for Piano & Orchestra No. 1 with the National Symphony Orchestra conducted by Leonard Slatkin (commissioned by the NSO), and his Rhapsody for Two Pianos and Orchestra (commissioned by the Philharmonia) performed by Katia & Marielle LabÃ¨que at the Royal Festival Hall. On March 13 and 14, 2009, Mr. Camilo performed the world premiere of his Concerto for Piano & Orchestra No. 2 - Tenerife (commissioned by the Tenerife Auditorium) as guest soloist with the Tenerife Symphony Orchestra conducted by LÃ¼ JiÃ¡. 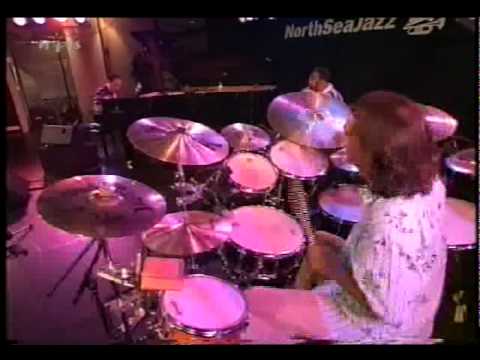 In 2011, Mr. Camilo performed his Concerto for Piano & Orchestra No. 2 - Tenerife at the National Theatre of his native Dominican Republic with the Festival Symphony Orchestra conducted by Philippe Entremont, and at the Royal Academy of Music with the Copenhagen Philharmonic conducted by Grant Llewellyn. In June, EmArcy/Universal Music released his album Michel Camilo – Mano a Mano celebrating his concerts at the 57th Newport Jazz Festival, as well as in Turkey, Spain, Italy, Taiwan and Japan.

In October 2011, Mr. Camilo performed the US premiere of his Concerto for Piano & Orchestra No. 2 - Tenerife with the Detroit Symphony, as well as the premiere in France of his Concerto for Piano & Orchestra No. 1 with the Orchestre National d’Lyon, both conducted by Leonard Slatkin; and in Croatia with the Zagreb Philharmonic conducted by Ernest MartÃ­nez-Izquierdo. He was also guest soloist with JesÃºs LÃ³pez-Cobos and the Orquesta Nacional de EspaÃ±a performing Villa-Lobos’ Bachianas Brasileiras No. 3 and Gershwin’s Rhapsody In Blue.

In 2012, the Michel Camilo - Mano a Mano world tour included festivals and concerts in the U.S., Asia, Europe, Africa, the Caribbean and South America. Mr. Camilo was guest soloist for a five-city tour in the Basque region with the Euskadi Orchestra performing Gershwin’s Concerto in F. Also, performed as a Duo with Tomatito in Spain, Switzerland and Japan.

The year 2015 started with the international debut of Mr. Camilo’s Three + Three jazz sextet at the Blue Note Tokyo in Japan, at the Puerto Rico Heineken Jazz Festival, as well as at the Blue Note Jazz Club in New York. His international tours included concerts in Ecuador, Puerto Rico, Canary Islands, Turkey, Switzerland, Denmark, Mexico, Dominican Republic, U.K., Germany and Italy, as well as several performances at the Newport Jazz Festival and a special SFJAZZ Festival in a Tribute to Lecuona three pianos concert together with Chucho ValdÃ©s and Gonzalo Rubalcaba. Mr. Camilo was also featured with the WDR Big Band performing an evening of his compositions for Trio and Big Band at the prestigious Klavier-Festival Ruhr. Mr. Camilo was invited as guest soloist for a gala concert in Istanbul by the Borusan Philharmonic Orchestra conducted by GÃ¼rer Aykal performing his own Piano Concerto No. 1 and also in Lugano with the Orchestra della Svizzera Italiana conducted by Kevin Griffiths performing his Suite for Piano, Strings & Harp. Michel Camilo is prominently featured in the award-winning documentary film Playing Lecuona.

In 2016, Michel Camilo Trio was featured at the opening concert gala of the International Film Festival of Las Palmas in the Canary Islands. Premiered the Michel Camilo Trio Latino at the Blue Note Jazz Club (New York) in April and then embarked on a world tour with Solo, Duo, Trio, Big Band and guest soloist with Symphony Orchestra performances in the USA, Japan, Germany, Hungary, Italy, France, Spain, Brazil, Peru, Ukraine, Turkey and Austria. In October, the new album Michel Camilo & Tomatito – Spain Forever will be released by Universal Music.

Mr. Camilo’s honors include Honorary Doctorates from Berklee College of Music (Boston), Universidad Nacional Pedro Henriquez UreÃ±a, UTESA University of Santiago, as well as an Honorary Professorship and Honorary Doctorate from his Alma Mater, Universidad AutÃ³noma de Santo Domingo, Dominican Republic; and the Crystal Apple from the Mayor of the City of New York. The Dominican Government awarded him its highest civilian honors: the Silver Great Cross of the Order of Duarte, Sanchez & Mella, Cultural Personality award, and Knight of the Heraldic Order of Christopher Columbus.

From Cuba, Dafnis Prieto’s revolutionary drumming techniques and compositions have had a powerful impact on the Latin and Jazz music scene, nationally and internationally.

Various awards include “2011 MacArthur Fellowship Award”, “Up & Coming Musician of the Year” by the Jazz Journalists Association in 2006, a Grammy Award Nomination for ”Absolute Quintet” as Best Latin Jazz Album, and a Latin Grammy Nomination for “Best New Artist” in 2007. Also a gifted educator, Prieto has conducted numerous master classes, clinics, and workshops throughout the world. Dafnis was a faculty member of Jazz studies at NYU (New York University) from 2005 to 2014, and in 2015 became a faculty member of Frost School of Music at UM (University of Miami).

Since his arrival to New York in 1999, Dafnis has worked in bands led by Henry Threadgill, Steve Coleman, Eddie Palmieri, Chico and Arturo O’Farrill, Michel Camilo, Dave Samuels & The Caribbean Jazz Project, Jane Bunnett, D.D. Jackson, Edward Simon, Chucho Valdes, Bebo Valdes, Roy Hargrove, Don Byron and Andrew Hill, among others. He has performed at many national and international music festivals as a sideman as well as a bandleader, including several of his own projects and music.

As a composer, he has created music for dance, film, chamber ensembles, and most notably for his own bands, ranging from duets to his “Small Big Band” and including the distinctively different groups featured by six acclaimed recordings as a leader: About The Monks, Absolute Quintet, Taking The Soul For a Walk, Si o Si Quartet-Live at Jazz Standard, Dafnis Prieto Proverb Trio, and Triangles and Circles. He has received new works commissions, grants, and fellowships from Chamber Music America, Jazz at Lincoln Center, East Carolina University, and Meet the Composer. Dafnis Prieto is the founder of the independent music company Dafnison Music.

From Puerto Rico, bassist Ricardo "Ricky" Rodriguez is part of the latest jazz scene in New York City, which embraces the entire scope of contemporary music. Besides being an in-demand jazz bassist, he can be found playing jazz, contemporary music, Hip-Hop, R&B, Classical music, Afro-Caribbean or folkloric Latin music. He studied Classical bass and composition at the Conservatory of Music in Puerto Rico.

Sam Leak is a London-based Jazz pianist described by JazzFM's Helen Mayhew as 'One of the brightest stars in the Jazz piano galaxy, a heavenly improviser, and a brilliant prospect for the future.'

He is highly involved in a number of different Jazz scenes throughout the UK. He is most widely known for his band 'Aquarium,' for which he is both pianist and composer. Also featured are James Allsopp on Reeds, Joshua Blackmore on Drums, and Calum Gourlay on Double Bass. They have released two albums: their eponymous debut on the Babel Label in 2011 and their follow up album 'Places' on 'Jellymould Jazz' in 2013. Both have received widespread critical acclaim and regular radio play nationally. John Fordham described ‘Places’ in the Guardian as 'surefooted creativity... way beyond respectful expertise' and Daniel Spicer described it in BBC Music Magazine as ‘assured and sophisticated acoustic jazz with deep roots in the tradition, that knows exactly what it's trying to do - and succeeds.’ Jamie Cullum introduced Aquarium as ‘the heavyweights of the British Jazz scene’ and described himself as a ‘fan’ of the band in his regular BBC broadcast. Sam has led bands at most of the best-known venues in the UK including Ronnie Scotts, Pizza Express Dean Street and Kings Place. As a sideman he has performed with musicians including Ray Warleigh and Anita Wardell and has appeared on many albums, including the critically well received album 'Road Ahead' by Duncan Eagles/Mark Perry. He has been the pianist of choice for US touring musicians including Arun Luthra (tour in 2012), Leah Gough-Cooper ('LOCUS' tours in 2013/2014 tour) and Cameron Outlaw (The Outlaw Collective - tour in 2011).

Sam has composed a number of extended suites for various ensembles including: his big band, a quintet , and a piano duet with US pianist Dan Tepfer. He also co-leads a heavy-touring quartet with saxophonist Alex Merritt, and another piano duet with Richard Fairhurst. Outside of his profession as a musician he is undertaking a part-time PhD in Music Cognition at Cambridge University where he is investigating the cognitive processes that underpin the aural learning activities of Jazz musicians.

'Multi-faceted and smart as a pin, this is poetic chamber Jazz of a very high order' - MOJO Magazine 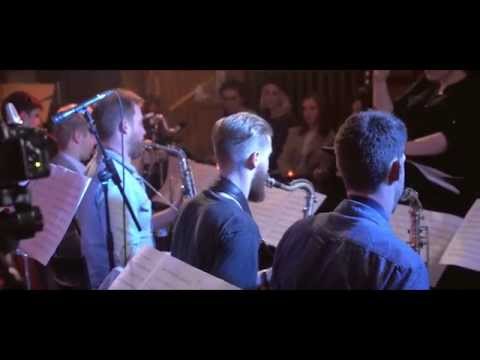 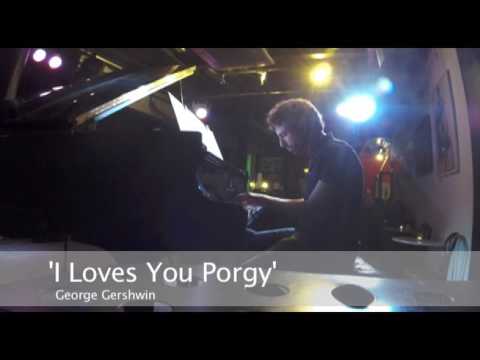