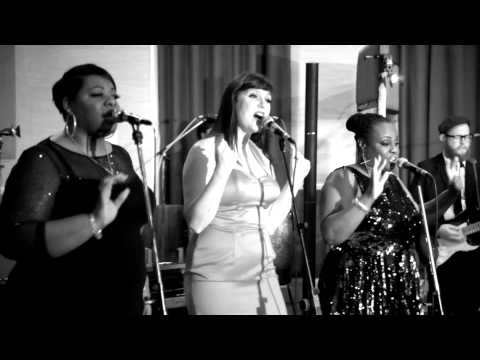 For this gig, in addition to seated tickets there will be a limited number of 'standing room' tickets available - if you would like to purchase these, please choose 'standing' when booking.

Hosted by the wonderfully charismatic and talented soul-jazz singer, Natalie Williams and her band, Soul Family Sundays is  now in it’s 10th year running at the legendary Ronnie Scott’s Jazz Club and offers the chance to catch some of the best R&B, soul fam jazz musicians the UK has to offer, up close and personal…

While guests vary from month to month, there is always an opportunity to hear music of the highest quality where the stars of the British scene showcase their cutting edge material as well as playing soulful covers and classic tunes in an exciting ad hoc setting…

Joey Dosik is a singer / songwriter / multi-instrumentalist / producer with a voice that you may not expect to come out of that body. Born and raised in Los Angeles, Joey continues to be a part of the recent musical renaissance in the City of Angels. As a teenager he absorbed the Jazz tradition of Leimert Park while listening to the radio and his parents' Carole King records. After several years of touring as a pianist with other artists, he settled down in LA to focus on songwriting and collaboration with such artists as Vulfpeck, Miguel Atwood Ferguson and Mocky. Dosik recently released his "Game Winner EP" in June of 2016 — It was made in 2015 while recovering from a basketball related left knee injury. Upcoming is a full length album, "Inside Voice", which he co-produced with Mocky (Feist, Jamie Lidell), due for release in 2017. 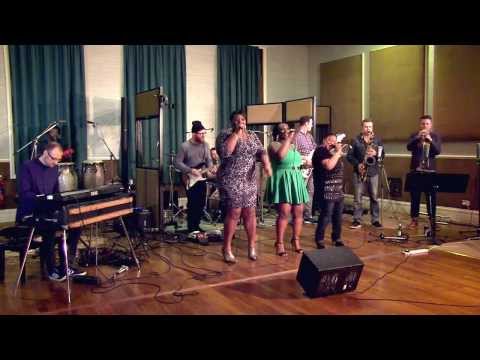 Having individually performed on the world's largest stages alongside the world's biggest artists, the vocal powerhouse that is LaSharVu, comprises three of the UK's most respected vocalists; LaDonna Harley Peters, Sharlene Hector and Vula Malinga. Friends for years, highly respected names in the music industry, with a cult following, the trio sold out their first ever London show in just 6 hours. Since then they stole the show at the opening gala of the EFG London Jazz Festival, Jazz Voice, performing with Guy Barker's 42 piece orchestra, broadcast on BBC Radio 3; following that with a packed show at the RahRahRoom to an audience of fans, celebs and musical royalty.

As independent backing vocalists, they have performed live with artists ranging from Sam Smith to Mary J Blige, Lalah Hathaway and Rahsaan Patterson to Corinne Bailey Rae and Emeli Sande, Alicia Keys and Mark Ronson. Between them, they’ve recorded for Madonna, Primal Scream, Grace Jones, Laura Mvula and Sam Smith, amongst many more. As a trio, they have toured the world with Sam Sparro and most recently, recorded vocals for Clean Bandit. Sharlene Hector and Vula have been lead feature vocalists for Basement Jaxx for a decade, with sell out shows at the O2 and headline appearances at Glastonbury to over 80,000; whilst LaDonna Harley Peters career highlights have include performances on the Oprah Show with Corinne Bailey Rae and at the Grammy’s with Sam Smith.

Reflecting on the unspoken, the unseen, the unheard, Alexei Elfenbein’s Orfan is, for him, a matter of necessity.   An adolescence spent immersed in instrumental music gave way to a growing interest in songwriting and exposing struggles, both personal and political.  Inspired in equal measure by psychedelia, classic pop and the somehow isolating but connected world we find ourselves in, Orfan's live show is an intimate and expressive outing of a voice that must be heard.

Tawiah is a singer/songwriter from south London.
Her blend of honest, confessional songwriting, fresh sound and exhilerating live performances have earned her a reputation as one of the brightest up and coming stars in British music today.
Having worked with everyone from Duran Duran to Mark Ronson find out more here: www.tawiah.co.uk

Tawiah is a singer/songwriter from south London.

Her blend of honest, confessional songwriting, fresh sound and exhilerating live performances have earned her a reputation as one of the brightest up and coming stars in British music today.

Having worked with everyone from Duran Duran to Mark Ronson find out more here: www.tawiah.co.uk