…..”Martin,  who has always cited Ella Fitzgerald and Shirley Horn as major influences,  can rightfully claim a place at their table”. - THE JAZZ TIMES

….”World class,  the most gifted singer this country has produced in 20 years”. - THE TIMES

Claire Martin OBE has been a tour de force on the UK jazz scene for the past 30 years.  Described by Jazz Times USA as ‘one of the four or five finest female vocalists on the planet’,  Claire returns to Ronnie Scott’s with a stellar line up of world class musicians to celebrate the music of one of her biggest influences the singer/pianist Shirley Horn.

and group founder Matt Skelton on drums,  Claire is delighted to be joined by the celebrated Tippett Quartet and harpist extraordinaire Hugh Webb.

Featuring arrangements by Tommy Laurence of Shirley Horn’s classic album ‘Here’s To Life’ - this promises to be a sumptuous evening of classy,  much loved standards and unbridled romance. 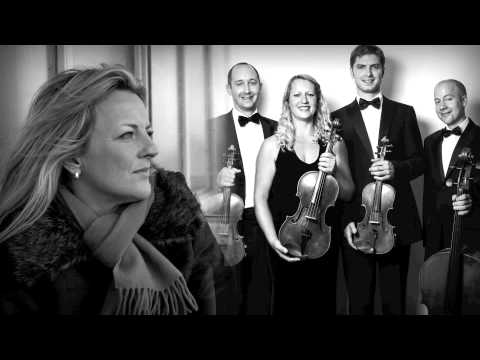 Linn recording artist and BBC Radio 3 presenter Claire Martin has spent the last 27 years honing the craft of jazz singing.  To worldwide critical acclaim she has established herself as a tour de force on the UK jazz scene  gaining many awards, including winning the British Jazz Awards six times,  along the way.

Thanks to her jazz-loving parents, Claire grew up in a household full of great music.  She became a professional singer at 19 and three years later she realised her dream of singing at Ronnie Scott's legendary jazz club in Soho.   Signed to Linn Records in 1984, Claire has since released 15 CDs with the label, collaborating with musical luminaries including Martin Taylor, John Martyn,  Stephane Grappelli, Mark Nightingale,  Sir Richard Rodney Bennett,  Jim Mullen and Nigel Hitchcock on many of these recordings.

Claire has performed all over Europe and Asia with her trio and, until his death in 2012, with Sir Richard Rodney Bennett in an intimate cabaret duo setting both in England and in America where they played to sell out crowds at venues including the prestigious Algonquin Hotel in New York City.  Claire is also a featured soloist with the Halle Orchestra, the Royal Liverpool Philharmonic Orchestra, the RTE Concert Orchestra, the BBC Big Band and the BBC Concert Orchestra.  She has co-presented BBC Radio 3’s Jazz Line Up since 2000 and has interviewed many of her musical heroes such as Pat Metheny, the late Michael Brecker, Brad Mehldau and Roy Hargrove.  Her 2009 CD A Modern Art prompted Jazz Times USA to claim:  "She ranks among the four or five finest female jazz vocalists on the planet".

Claire was thrilled to win both the 2009 and 2010 ‘Best Vocalist’ category at the British Jazz Awards and toured extensively throughout the UK, Scandinavia, Russia and China, appearing with the Royal Liverpool Philharmonic and her world-class trio.  2011 proved to be an extraordinary year for Claire who made her debut at the Lincoln Center with pianist Bill Charlap and went on to perform for the third time at the Algonquin Hotel for a three week residency with Sir Richard Rodney Bennett.  Their CD Witchcraft gained much critical acclaim and was “unequivocally recommended” by Jazzwise magazine. At the Queen’s Birthday Honours in June, Claire was awarded an OBE for her Services to Jazz.

In August 2011 Claire recorded with legendary jazz pianist Kenny Barron and an all-star American line up for her fifteenth album for Linn records.   Too Much in Love to Care received 5 star reviews and prompted Jazz Journal to state that she is “one of the finest jazz singers in the world today”.  The album went on to win the ‘Best New Recording’ award at the 2012 British Jazz Awards.  2013 was spent touring the new material in the UK and Europe and embarking on a new show The Two of Us with conductor John Wilson, Joe Stilgoe, Mark McGann and the Royal Liverpool Philharmonic, celebrating the music of Paul McCartney and John Lennon.

Claire has recently embarked on a new and exciting musical adventure with The Montpellier Cello Quartet.   With new arrangements by Sir Richard Rodney Bennett, Mark Anthony Turnage and Django Bates, this new chamber jazz ensemble will be touring throughout 2014 and recording later this year.   A highlight of her new cabaret duo with Joe Stilgoe will be a performance at Wigmore Hall in December.