One of fusion's most virtuosic guitar soloists, John McLaughlin placed his blazing speed in the service of a searching spiritual passion that has kept his music evolving and open to new influences. Whether shredding on electric or simmering quietly on acoustic, McLaughlin's intensity and underappreciated versatility have nearly always kept his playing vital, and his best moments -- whether as a solo artist or bandmember -- represent some of fusion's greatest recordings. 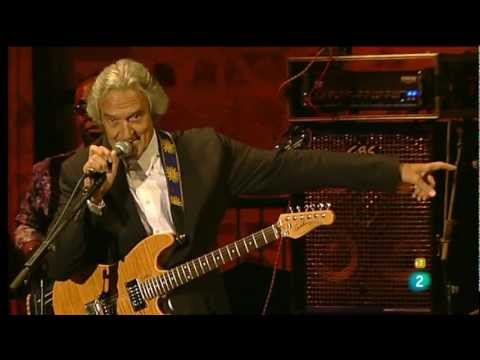 McLaughlin was born January 4, 1942, in Yorkshire, England, and began playing guitar at age 11. Initially attracted to blues and swing, he worked with British artists like Georgie Fame, Graham Bond, Brian Auger, and Ginger Baker. McLaughlin formed his own band in 1968, and recorded the excellent debut Extrapolation in early 1969. Later that year he moved to New York to join Tony Williams' groundbreaking fusion band Lifetime, and appeared on the classic Emergency! Through Williams, McLaughlin was invited to join Miles Davis' band, and became an important part of fusion landmarks like In a Silent Way, Bitches Brew, and A Tribute to Jack Johnson. In 1970, wanting to explore acoustic and Eastern music, McLaughlin recorded the classic My Goal's Beyond; he soon left Davis, and after one further solo album, Devotion, McLaughlin spent some time woodshedding. 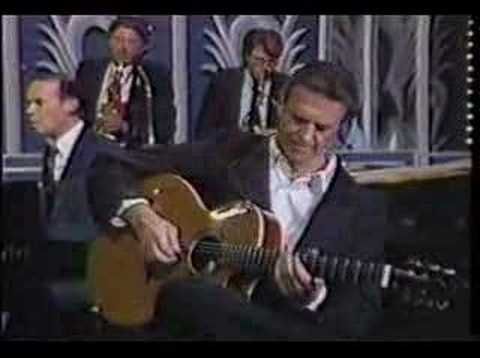 He re-emerged in 1971 as leader of the Mahavishnu Orchestra, a seminal band that did much to define and popularize early jazz-rock fusion, as evidenced by the albums The Inner Mounting Flame, Birds of Fire, and Visions of the Emerald Beyond. Pausing to record Love Devotion Surrender with Carlos Santana in 1972, McLaughlin led Mahavishnu until 1975. Returning to spiritual preoccupations on My Goal's Beyond, he then formed Shakti, which fused acoustic jazz with Indian music over the course of three albums. McLaughlin returned to his solo career in the late '70s, forming a backing outfit called the One Truth Band, and also recording the guitar trio albums Friday Night in San Francisco and Passion, Grace & Fire with fellow fusion burner Al di Meola and flamenco guitarist Paco de Lucia. As the '80s went along, McLaughlin experimented with classical-jazz hybrid composing; there was also a short-lived Mahavishnu reunion in the mid-'80s. 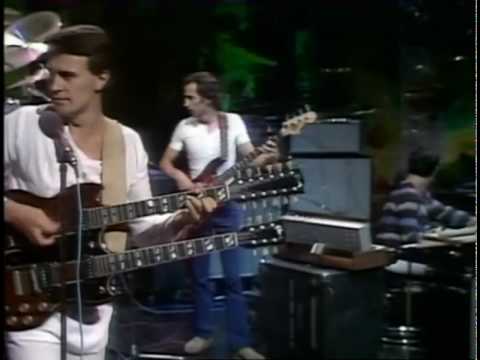 In the 1990s McLaughlin continued to record steadily in both electric and acoustic groups. He signed to Verve, where he would remain for 13 years. Some of the more notable albums from that period include the acoustic Time Remembered: John McLaughlin Plays Bill Evans in 1993; After the Rain with Elvin Jones and Joey DeFrancesco in 1995; and 1996's The Promise, which featured the guitarist in a number of settings, including a reunion with his acoustic trio partners di Meola and de Lucia, and a trio with DeFrancesco and drummer Dennis Chambers. The drummer was also a part of McLaughlin's final album of the decade, Heart of Things, a furious bout of electric jazz.

The 21st century found McLaughlin in another nostalgic mood, releasing Remember Shakti: The Believer, a live set featuring the guitarist (playing electric guitar) with electric mandolinist U. Shrinivas, kanjira and ghatam player V. Selvaganesh, and legendary tabla player Zakir Hussain. While it wasn't a Shakti album proper, it nonetheless echoed that group's intricate and amazing rhythmic and harmonic breakthroughs. The group toured and released Saturday Night in Bombay a year later. McLaughlin's Euro-classical-leaning Thieves and Poets appeared in 2003. In 2004, WEA in Germany issued the massive 17-CD box set of McLaughlin's Montreux Concerts, which featured performances recorded between 1974 and 1996. Industrial Zen, released in 2006, was a mixed-bag recording where the guitarist's ambitions ran wild. It was his final album for Verve. 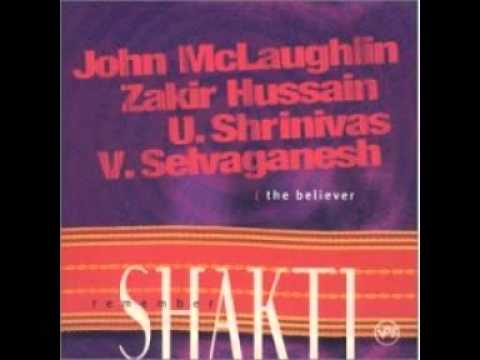 In 2008 McLaughlin issued Floating Point, an extension of many of the concepts on Industrial Zen, on the Abstract Logix imprint. The final track on that album was entitled "Five Peace Band"; it served as the name for a supergroup assembled by McLaughlin and Chick Corea for a one-off world tour. The other members were saxophonist Kenny Garrett, drummer Vinnie Colaiuta, and bassist Christian McBride; an album of the same name was released in 2009 on Concord. To the One, issued in 2010, debuted his new 4th Dimension band, whose lineup included veterans of his other groups: Gary Husband on keyboards and drums, Etienne Mbappe on electric bass, and drummer Mike Mondesir. This group became a collaborative, creative anchor for the guitarist, much as the early Mahavishnu Orchestra had been. 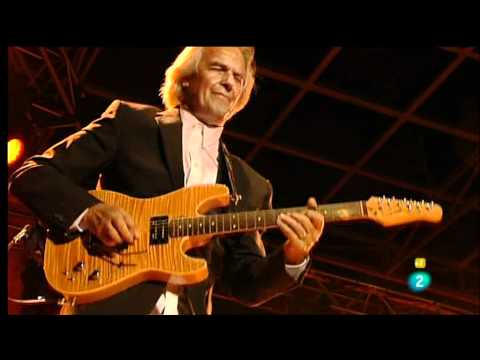 McLaughlin resurfaced two years later with Now Here This. The album featured the lone change in the 4th Dimension lineup as drummer and vocalist Ranjit Barot replaced Mondesir. Barot had collaborated with the guitarist on Floating Point, but was long established and celebrated as a film composer, music director, arranger, and vocalist. He was also a longtime associate of filmmaker/composer A.R. Rahman. This group toured the world, and followed up with Now Here This in 2012. They were captured live on-stage during the last night of a tour at the Berklee College of Music; the set was released as The Boston Record in 2014.

Over the previous couple of years, McLaughlin had been in communication again with de Lucia in hopes of recording together. It never happened. The Spanish guitarist passed away in February of 2014. McLaughlin and 4th Dimension released Black Light in the fall of 2015. Among its tracks was the acoustic number "El Hombre Que Sabia," a tribute to the flamenco master. ~ Steve Huey & Thom Jurek, Rovi

Arun Ghosh is a British-Asian clarinettist, composer and music educator. Named as Jazz Instrumentalist of the Year 2014 in the APPJA / Parliamentary Jazz UK Awards.

Selected to be a Musician in Residence 2014 in Wuhan, China in association with PRS for Music Foundation and the British Council.

Ghosh was one of the BT Celebrity Storytellers for the London 2012 Olympics and Paralympics and also appeared as a featured artist with his Arkestra Makara pan-Asian chamber orchestra, for the BT River of Music Festival as part of the 2012 Cultural Olympiad.

In 2012, Ghosh was selected as one of 2 UK musicians for the 2nd edition of Take Five Europe touring as part of the ensemble in 2013.

In 2010, he was made an Associate Artist at The Albany Theatre, London and in April 2011, Ghosh was made an Artist-in-Residence for the Southbank’s Alchemy Festival.

In 2009, he was invited to perform at the jazzahead! Festival in Bremen, Germany as part of the UK showcase presented by Jazz Services.

In 2008 he was selected for Edition IV of the Jerwood/PRS Foundation 'Take Five' initiative for emerging jazz musicians produced by Serious.

Since her emergence on the British jazz scene in the mid 90s pianist Nikki Yeoh has proved to be an improviser, composer and all-round adventurer who has continually sought to broaden her musical horizons. She has led her own bands in prestigious venues such as the  Royal Festival Hall and performed with hip-hop producers like DJ Pogo at more informal spaces such as the Jazz Café. She has been part of a brilliant duo with the vocalist Cleveland Watkiss and also worked with choral ensembles. In other words Yeoh is a creative free spirit who, although deeply rooted in the language of improvisation, is open to a range of music that leans as much to populism as it does high art. 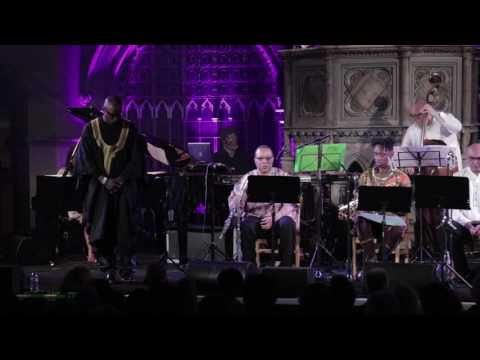 Indeed it was a tour with the maverick pop vocalist Neneh Cherry that led Yeoh to form her first significant group, as she clicked musically with two other members of the singer’s backing band, the bass guitarist Michael Mondesir and drummer Keith Le Blanc, noted for his work for the pioneering hip-hop label Sugar Hill.

After making its debut at the Jazz Café in 1994 the trio, which Yeoh called Infinitum, toured as part of a double bill with Django Bates’ Human Chain, and Michael’s brother Mark eventually took over the drum chair as the group did more international work, a highlight of which was a trip to Cuba for a collaboration with Conjunto Folklorico Nacional De Cuba.

Those who have seen Yeoh in any one of the aforementioned settings will testify to her virtuosity on the keyboard. Drawing on pioneers from the worlds of jazz, classical music and soul, above all the likes of Herbie Hancock, Alexander Scriabin and Stevie Wonder, Yeoh has developed a style that can move from explosive rhythmic energy to understated lyricism at a moment’s notice. Indeed her ability to conjure up the most vividly evocative of moods by way of subtle, probing harmony, either in a duo, as with vocalist Watkiss, or in the demanding context of solo piano, has been proven time and again.

Accomplished soloist as she is, Yeoh has also excelled as a composer over the years and this is borne out by the number of very significant commissions she has to her name. Among the most notable recent works is a Suite Of Seven Tunes, based on the seven deadly sins, for the internationally renowned reeds virtuoso, John Surman. This was premiered at the 2010 Cheltenham International Jazz Festival. Prior to that, in 2006, Yeoh presented River Spirit, which was written for The Oxford New College Boys Choir following a commission from Oxford Contemporary Music. These two compositions were testimony to the wealth of ideas that she has generated since the early stages of her career, and the impression she made with Infinitum Plus, a work for a 12-piece ensemble, was considerable to say the least. It could not have been a clearer sign of the composer’s ambition and unpredictability, so it was characteristic of Yeoh to subsequently head in an entirely different direction, writing three pieces for classical piano virtuoso Joanna MacGregor, Be-Bop, Entwined and Flora And Fauna, that were featured on the album Piano Language. 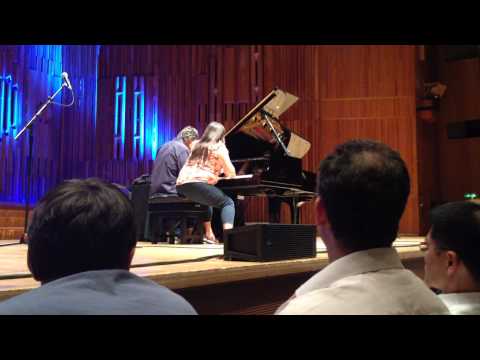 Yeoh’s output to date reflects an irrepressible spirit of curiosity that has taken her into areas far and wide, be it gigs with cutting edge jazz musicians such as Steve Williamson and Courtney Pine, soul stars like Jean Carne and Roy Ayers, or the fiercely original hip-hop group The Roots. Regardless of the setting Yeoh always shows the same degree of dynamism and responsiveness, qualities that she has developed through both her personal research of the history of music and extensive travels in Latin America, India, the Far East and Europe.

As she prepares to release her debut album, Nikki Yeoh is at the peak of her artistic powers. To her experience as a player has been added substantial life experience, above all the joy of being both a teacher and mother. Her music remains one of her most precious creations.