From the first note, Lindsey Webster captivates listeners. Her rich, soulful voice enchants a dedicated following who connect with the raw emotion she shares with them. As a Soul R&B artist, she combines an admirable natural talent with a genuine, accessible stage presence.

Webster considers herself “very, very lucky” to have grown up in Woodstock, NY. With a heavy emphasis on arts and music, her grade school had a progressive music program where Lindsey cultivated a deep love of music by learning the cello. After playing for 10 years, often in first chair, she moved to NYC to attend Fiorello H. LaGuardia School for the Music, Art & Performing Arts. As she grew musically, she transitioned from strings to voice where she heard her calling and found herself.

The success of her second album, You Change, and achieving the only vocally driven song to hit #1 on the Billboard Contemporary Jazz chart for four weeks (beating out Sade’s previous record of three weeks) caught the eye of Shanachie Entertainment, whom she signed with to release her third album, "Back To Your Heart". This third relelase shows a real transition and beautiful growth for Webster as an artist. While humbled her voice has been compared to R&B royalty Sade, Mariah Carey, and Anita Baker, Lindsey looks to bring her distinct style to Soul R&B and continue to make music that resonates with her fans.

Passionate and playful Norwegian saxophone player, singer and composer Harald Lassen is a child of the highly creative jazz scene in Oslo. After many years of building up strong Norwegian band concepts such as hot shot indie jazz outfit Pixel, avant-hiphop sextet Mopti & Bendik Baksaas and the innovative duo DUPLEX, saxophone player Harald Lassen tracked his jazz roots and released his very personal debut album «Rainbow Session» which was named «one of the most important jazz releases this year»(Dagsavisen). TokyoJazz followed up with «Fresh and characteristic music from Norway´s new talent». After recordings the album with renown Belgian band LABtrio, he has continuing to develop his music with a brand new line up ideally suited for this music; LABtrio's BRAM DE LOOZE piano  and a new explosive Norwegian rhythm section consisting of STIAN ANDERSEN bass & TORE FLATJORD drums. The quartet plays original music inspired by impressionism, the 70s and Lassen's life so far. Common for all four musicians is the love of good melodies, the importance of jazz history paid with an unmatched need to explore.  https://www.facebook.com/harald.lassen 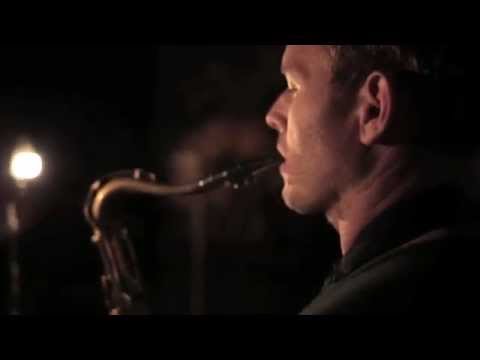