For this evening, Ronnie Scott's presents two exciting creative and innovative bands. On one side WORLDSERVICE Project, the leading specialists of Brit ‘punk-jazz’ and on another FLYING MACHINES fusing visceral, rock-out guitar improv with anthemic melodies and lusciously textured soundscapes. 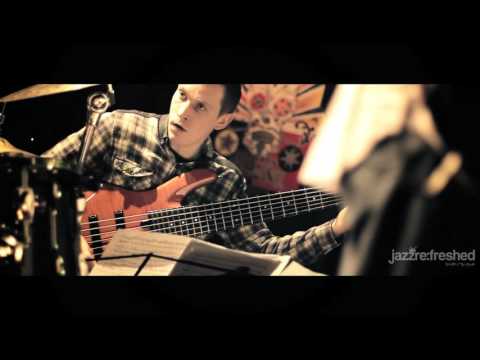 "...alchemical infusions of jazz, prog, metal and pop make for a vibrant mix of the visceral and vertiginous, combining melody and soundscape to startling effect " Spencer Grady, Jazzwise

Formed by guitarist Alex Munk in 2014, FLYING MACHINES features some of the most innovative young musicians to emerge in recent years from the UK jazz scene, Matt Robinson on piano/keyboards, Conor Chaplin on electric bass and Dave Hamblett on drums. Centred on Alex's unique compositional approach, FLYING MACHINES fuse visceral, rock-out guitar improv with anthemic melodies and lusciously textured soundscapes. It's a sound shot through with the here and now of London's cutting-edge music scene, a decadent mash up of free-wheeling improvisations, prog rock energy and ambient meditations that never detracts from the emotive lyricism at the music's core. 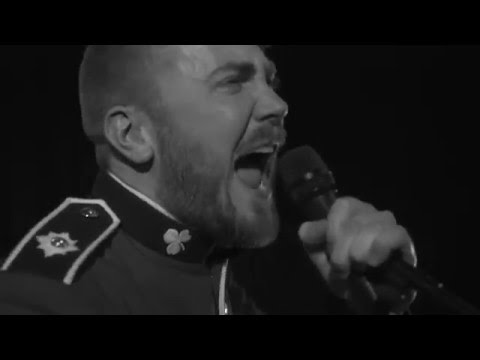 ****Album of the Week “… a powerful quintet…resemble a scientist at work on some mad scheme in a garden shed absent-mindedly applying jump leads to an unsuspecting squirrel while listening to Keith Emerson” - Stephen Graham, marlbank.net – May 2013

WorldService Project are the leading specialists of Brit ‘punk-jazz’, two of the most alarming genre titles in the history of 20th Century music. Combined, they create an intriguing mix of Frank Zappa, Weather Report, Meshuggah and Stravinsky – all spiralling around in a Monty Python universe.

This Spring 2016, WorldService Project launch their highly anticipated third album; For King and Country on Rare Noise Records. Fresh off the back of mammoth tours across America, Europe and China, the epic and anthemic live sound of WorldService Project is both thrilling and heart-wrenching, with a theatrical live performance thrown in for good measure.

"...like Downton Abbey run by anarchists...a mesmerising combination of brutality and dark humour. Their live sound, blending bleeding chunks of free brass noise with the ironic sentimentality of tracks like ‘Requiem for a Worm’, has only got better. The razor-sharp rhythmic edges are polished, the ensemble is painfully slick, and you can smell the rubber burning from their stylistic handbrake turns"

****“…a thrilling listen…plenty of variety, intelligence, irreverence, excitement plus of course some terriﬁc playing…I love this band”

****“…a procession of odd-shaped things, tumbling out driven by heat… knows how to reinvigorate familiar chords”

****“Music of WSP is in fact painfully danceable and cacofonically eclectic. In the moment of the development of playful melody and rhythmical games, there is energy blasting between the musicians. Glitch bass gives punkrock energy and clicks, claps and shouts make the whole music demonic. It is game with the listener - if you go into the musical high, you stay begging for mercy.”

“The collective crunch of that rhythm section underpinning lively brass is great, but applying their acumen toward a zany sense of humour goes a long way toward making the music a lot of fun, too. Mingus understood that. So did Rahsaan Roland Kirk and Frank Zappa. As does Mostly Other People Do The Killing today. Like those guys, Worldservice Project plays seriously complex music but they hadn’t forgotten about the main mission in music is to entertain their audience, to make them smile….Fire in a Pet Shop makes me smile.” S Victor Aaron, somethingelsereviews.com (USA) – August 2013

“If you want to be surprised, to laugh, to live in the Pacman decade...Menagerie WorldService Project will become a favourite…a level of instrumental technique of deadly accuracy” Carole Massin, citizenjazz.com (France) – September 2013

“Fire In A Pet Shop is an eccentric, vibrant plate full of life and guts like you in the world of jazz and beyond can never have enough of” Guy Peters, enola.be (Belgium) – July 2013

“…a second [album] even crazier, more daring…Between cacophony perfectly mastered and total harmony , " Fire In A Pet Shop "…moves from one to the other in totally unleashed compositions whose names are at least as crazy the content” Fred Delforge, zicazic.com (France) – June 2013

“…aren’t simply challenging the deﬁnition of jazz – they’re chasing it down a side street, wrestling it to the ground and calling for back-up” Cormac Larkin, The Irish Times (Ireland) – June 2013

“European jazz need have no fear for the future...WorldService Project is rocking and typically British, a la 2012” Jan Granlie, Jazznytt (Norway) - 2012

Tell us what you think of Worldservice Project & Flying Machines - DOUBLE BILL! below..