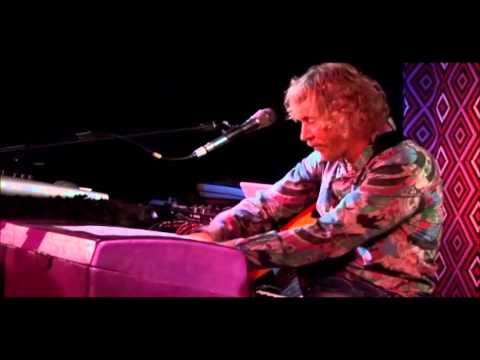 MARCOS VALLE is for sure one of the major songwriters of MPB (Brazilian Popular Music). As author of more than three hundred songs, with music that has been recorded by artists like Elis Regina, Tim Maia, Roberto Carlos, Sarah Vaughan, Chicago, Dizzy Gillespie, with participation of Paulo Sérgio Valle, Ruy Guerra, Eumir Deodato, João Donato, and most recently recording with Lazão e Dagama, members of the group Cidade Negra, (the song “Rio pro Mar” which was included on the group’s latest CD).

Marcos has had big success on the European dance floors since 1990 with both his original recordings and the re-recordings and re-mixings of his music by other artists and by DJ’s not only in Europe but also in Japan and China. The CD Nova Bossa Nova, produced by Marcos Valle and London’s DJ Joe Davis, emerged from this music. Marcos Valle’s music also caught the attention of the American film director Brad Anderson who used Brazilian music as theme songs in his awarded film Next Stop Wonderland, where two of Valle’s most popular dance floor music “Batucada surgiu” and “Os Grilos” were included. On the other side of the world, in China, “Os Grilos” reached 3rd place on the list of the most played songs in 1998.

With the show Nova Bossa Nova, Marcos Valle received an award from APCA (Association of Art Critics in São Paulo) as Best Arranger of the Year, and the Brazilian newspaper O Globo referred to his show as being one of the ten Best Shows Of The Year. Marcos has also received an award from BMI (in the USA) for his song “Samba de Verão”, an award which, in Brazil so far only “Garota de Ipanema” by the maestro Antonio Carlos Jobim and Vinicius de Morais had been granted with.

On July 1999, besides performing once again in Sweden, England and Denmark, he took part on Roskilde Festival, one of the biggest music festivals in Europe.

Marcos Valle is a Brazilian music icon and is frequently invited to represent Brazil on many events around the world, like “Brazil – 500 years” celebrating, taking Bossa Nova to Montreal, on a concert organized by Brazilian Consulate in Canada.

In the year 2000 Marcos recorded his recent CD Escape, also for the English label Farout, continuing his career in Europe. The releasing was on march 2001, with a tour that included Denmark, Norway, Sweden, Germany, England and Spain, which received incredible reviews, the Straight No Chaser called him “President Valle”, and Time Out said “In case Marcos had composed in English, he would be between the four most popular composers of all time, Irvin Berlin, Burt Bacharach and Leonard Bernstein”.

Also in 2001, Marcos Valle recorded with Roberto Menescal and Wanda Sá – two other legends of Bossa Nova – a live CD. The three got together to sing and tell stories of Bossa Nova.

On September he participated on a big world tour, performing in Portugal, Ireland, Denmark, Japan where he celebrated the local release of Escape (Farout / Rice) and six other albums of his discography: Garra, Mustang Cor de Sangue, Marcos Valle 1970, Previsão do Tempo, Vontade de Rever Você and Samba 68, all of them released on CD by Emi-Toshiba. These releases were followed by a season of great success in Blue Notes of Tokio, Osaka and Fukuoka, in a total of 20 concerts. Marcos was also awarded by the Japonese magazine Adlib as the best CD of the year 2001, in the World / New Age Price category.

On March and July 2002, Marcos once more returns to Europe and Japan to realize two tours, including Montreux Jazz Festival in Swiss, and Get's Bossa in Tokyo, Osaka, and for the 1st time on the circuit, Yokohama.

At the beginning of 2003, he released his CD Marcos Valle E Vitor Biglione - Live In Montreal, recorded during his performance at Teatro Corona, Montreal.

In November 2003, through a new Japanese and European Tour, for 2 months, he releases a new CD, Contrasts, released in Brazil only on March 2004. On July 2004, Marcos returns to Europe for a new one-month tour, performing at the most important European music festivals, as San Sebastian Festival, Forum de Barcelona, Nürnberg Festival, etc.

On September 2005, Dubas Música releases this brand new instrumental CD, where he performs, playing the Rhodes, Acoustic piano, guitar, melodica, keyboards, also being the author of all the songs and arrangements, receiving excellent critics from the specialized media and his fans.

Most recently, Marcos has been the host for three evenings at “Cirque D´Hiver”, on Festival Ile De France in Paris, with a big success, with close to 2.000 persons each night, mostly young people.

Tell us what you think of Marcos Valle below..