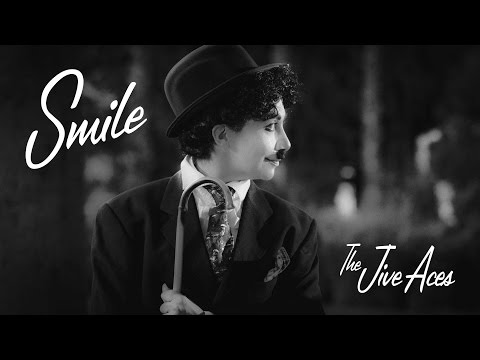 “Absolutely Brilliant! That really put me in a good mood.” – Simon Cowell

“A Ray of Sunshine! I loved The Jive Aces.” – Alesha Dixon

The Jive Aces are the UK’s No.1 Jive & Swing band. They feature songs made famous by greats like Louis Prima, Bobby Darin, Big Joe Turner and Sammy Davis Jr as well as some superb originals. An incredibly in demand sextet, they have worked with John Travolta, Van Morrison, The Proclaimers, Keely Smith and have performed for HRH Prince Philip.

The Jive Aces headlined (and sold-out) the first ever swing dance at the Royal Albert Hall and have bought the house down with their high energy stage show at thousands of festivals, theatres, dancehalls and top events throughout Britain, Europe, USA and beyond, over 30 countries in all. They have also made hundreds of TV and radio appearances including, recently, a residency on BBC Radio London and TV appearances on “Louis Spence’s Showbusiness”, “Come Dine With Me” and “Good Morning Los Angeles”.

In 2012 the band were semi-finalists on “Britain’s Got Talent”, performing show-stopping versions of Jungle Book favourites “I Wanna Be Like You” and “Bare Necessities” wowing BGT judges Simon Cowell, David Walliams and Alesha Dixon, who said “You are so joyful to watch, every single one of you. That was world class”.

Their music video, “Bring Me Sunshine”, has become a viral hit with nearly 2 million views on Youtube and has won a Telly Award as well as a number of film festival awards.