In a Ronnie Scott’s first, we invite the audience to keep their phones switched on and ‘play’ with their devices during this performance to interact with the music being created by Tin Men & The Telephone! Please download the Tinemendo app in the apple app store or google play.

Tin Men and the Telephone is a trio of Amsterdam-based musicians that employs live electronics, projected visuals and audience participation, in combination with jazz and improvised music to create a one of a kind multimedia experience.  Reaching beyond their primary sources of inspiration - the rich harmonies of classical music and modern jazz, or the visceral rhythms of hip hop and Balkan traditions - Tin Men look for the music in the sounds of everyday life, finding melodies in things that normally go unnoticed such as directions from car navigation devices, ring tones, the abrasive squelch of traffic noise or animal sounds. Through the subtle use of new techniques, music and ambient sound are interwoven so closely that novel experiences emerge.  Seductive, funny, challenging, wicked, but always with great musical depth and strong rhythms, this is for those who want to hear and see something new!

WATCH ‘Get Him Out’ Trump vs Tin Men and the Telephone 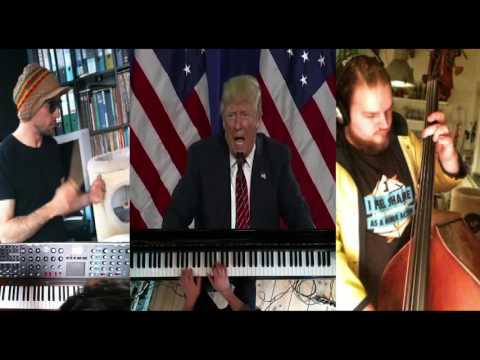 At the age of 18, Cuban pianist Marialy Pacheco won a piano competition judged by Chucho Valdes who described her as “the greatest of young piano talents”. Twelve years later, having moved to Germany, toured through Europe and become the first female winner of the Montreux Jazz Festival Solo Piano Competition, Corea, asked Pacheco, who had been sitting in the audience during his solo concert, to join him on stage for a duet, thus cementing her growing international profile and reputation as an extraordinary talent.  Pacheco has released several solo albums during her recording career that highlight her obvious virtuosity, but it is with her trio and the evident simpatico between them that result in some serious grooves. Latin, Cuban folk, jazz and classical tradition meet to create a uniquely dynamic sound.  Rhythmically, she covers considerable territory; striding rock vibes and minimalist romantic solos are framed by pounding vamps and high speed displacements.  Whether performing her own breathtaking compositions or fresh, imaginative arrangements of standards and Cuban classics, Pacheco plays with passion and drama.  Expect a captivating performance of music from across her catalogue as well as tracks from this year’s release, ‘Duets’. 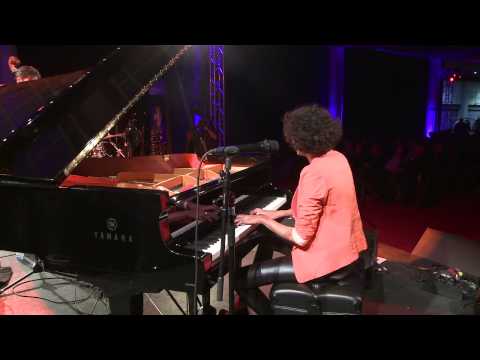 Now in its fourth year, the Ronnie Scott’s International Piano Trio Festival announces the line up for its week- long extravaganza devoted to the jazz piano trio.  Now a much anticipated feature of the international jazz calendar, the festival celebrates the piano trio both as a driving force in jazz innovation and keeper of the jazz tradition.  Featuring jazz heavyweights and rising stars from around the world, it aims to represent the depth and breadth of the piano scene.  Modern mavericks, mainstream stars and freewheeling trailblazers sit side by side in a series of dynamic double-bill pairings and a special set of Late Late Shows that keep things smouldering to the wee hours with sessions from some of the UK’s best piano trios.

The breadth of this year’s festival is illustrated so well by trailblazers Tin Men and the Telephone who augment their jazz improv with live electronics and technology to create a unique multimedia experience, while American star Eric Lewis (ELEW) brings hearty swing from the jazz traditions laced with a contemporary rock ethos. Heavyweight Norwegian Tord Gustavsen slows down the pace with a reflective set of lyrical beauty, while virtuoso Cuban pianist Marialy Pacheco blends lightning speed and thrilling cadenzas with hushed lullaby passages.