This is music that sings, at once gentle and robust. Memorable melodies with open musical spaces and subtle grooves.

The 2014 release ‘Extended Circle’ by Norwegian pianist and composer Tord Gustavsen on ECM Records marked the completion of two trilogies – three albums in the classical piano, bass, drums trio format, followed by a second trilogy in extended ensemble and quartet formats. In 2016, Tord released the strikingly original alternative 'trio' album ‘What was said’ with the voice of Afghan-German singer Simin Tander, where they reinterpreted ancient Norwegian hymns and Suﬁ poems, in the hauntingly beautiful Pashto language.

Now, it is again time for the instrumental trio – and for a new take on the classic format that brought Tord’s music to a wide international audience in the ﬁrst place. The new material is pointing forwards in musical openness and inventiveness, while at the same time clearly connecting to the quietness and grounded sensuality of Tord’s remarkably successful earlier trio albums. The recent development embraces anew the paradoxically fullsounding simplicity of the ‘Nordic Blues’ that so many people came to love in Gustavsen’s debut album, along with traces of open, Impressionist harmonic landscapes, and a clear overall hymnal and meditative feel.

Tord Gustavsen has toured extensively with his trio, quartet and alternative line-ups in the USA, Canada, UK, France, Germany as well as his native Norway. He has also appeared at major festivals in various other countries including Australia, Brazil, Japan, Korea, Turkey, Italy, Spain, Portugal, Bulgaria and Poland.

• “a trilogy [that] could be the most essential jazz document of the last ten year. Sublime.”   (The Independent, UK) • "a stunningly beautiful recording. .. draws the listener in so completely – making us consider each note, each small gesture in its ethereal, shimmering whole .. nothing less than magical."   (Downbeat, USA - 4 1/2 of 5 stars) • ".. a delicious collage of hypnotic grooving, softly stroked gospel themes."   (The Guardian, UK) • "every note is perfectly placed"   (The Times, UK) • "I dette musikalske rommet vil jeg være lenge – svært lenge."   (Aftenposten, No.)

London-based trio Cygnus Flare feature Armenian pianist Arman Vardanyan, bassist David Horler and drummer Caroline Scott. Formed with a shared passion for jazz, Latin, fusion and classical music, and heavily influenced by Chick Corea's Elektric Band and Tigran Hamasyan, they have come together to fuse their vast musical influences into a fresh new sound. This young and exciting trio have been busy composing their own unique flavour of progressive latin-jazz, influenced by such diverse styles as Armenian folk music and grunge-rock. 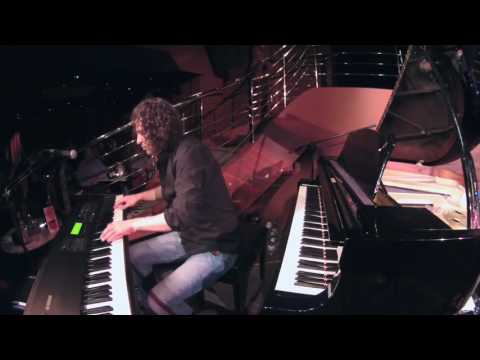