Ronnie Scott’s presents a triple-bill of Afrobeat, spiritual, improv jazz, 2-step and broken beat from three of London's most buzzing and talked about groups. Expect astral jazz driven by West African rhythms from Maisha  improv jazz from Binker Golding Quartet and everything from 2-step, broken-beat and house to jazz and dub from continuum-influenced Joe Armon-Jones, Maxwell Owin and IDIOM. The roll call of musicians on this triple bill is enough to make anyone blush, as collectively they feature many of the finest young trailblazers making waves on today's jazz scene.

Joe Armon-Jones & Maxwell Owin are forces to be reckoned with. Both integral parts of the burgeoning South London jazz scene, these young musicians contribute to numerous outfits including Ata Kak, Jamie Isaac, MC Pinty, Moses Boyd Exodus and Ezra Collective, as well as pushing their own solo projects.

This is their first combined effort.

'Idiom' is the result of multiple collaborations under the direction of Joe and Maxwell. Featuring Nubya Garcia, Oscar Jerome and Jake Long, it is heavily influenced by the hardcore continuum and covers everything from 2-step, broken-beat and house to jazz and dub.

Having been compared to artists like 4hero, Floating Points, Harvey Sutherland and Moodymann all in the same breath, and already garnering support from The Fader, Boiler Room, NTS live, Jordan Rakei, Kado Music's Tim Garcia and Jazz FM's Chris Philips, this is an accomplished body of work by some of the most exciting young talent in London right now. 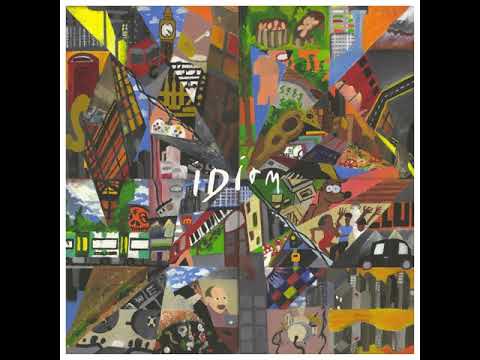 Binker Golding is a London based tenor saxophonist, composer & conductor. He is best known for making up half of the group "Binker & Moses" who released their debut album "Dem ones" in 2015 & “Journey to the mountain of forever” in 2017. The group have won a MOBO award, 2 Jazz FM awards & a parliamentary jazz award. Binker is also known for being the saxophonist in Zara McFarlane’s band & Moses Boyd’s Exodus. His other current projects include an upcoming album with his own quartet & the 3rd “Binker & Moses” album.

Maisha fuse a range of diverse influence to create a unique energetic show that has been lighting up parties and jazz clubs all over London the past year. Channeling the lineage of spiritual jazz, taking inspiration from Pharoah Sanders, Alice Coltrane and Idris Mohammad, the band fuse their jazz influences with West African and Afro-beat rhythms, courtesy of bandleader Jake Long  (2016 Yamaha Jazz Scholar) and percussionist Tim Doyle. Twm Dylan keeps the groove alive on double bass with Shirley Tetteh on rhythm and lead guitar, Amané Suganami on keys and the irrepressible force that is Nubya Garcia on sax. The band are currently recording their debut album with notable labels already interested and support from key players such as Worldwide FM. They have become leaders on the live circuit making their energetic spiritual live shows something not to be missed. 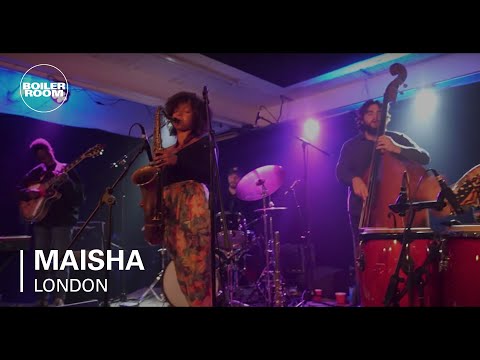 Tell us what you think of LIVE AT THE JAZZ CAFE: Joe Armon-Jones & Maxwell Owin, Binker Golding Quartet, Maisha (18+) below..