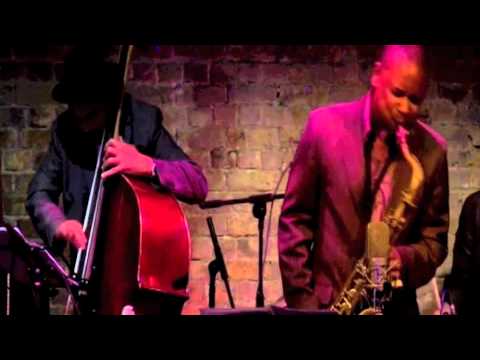 After almost two decades experience at the forefront of the British and European Jazz scene, Denys Baptiste still brims with the confidence of a youthful spirit. With a stellar band that fires on all cylinders and a new home at Edition Records, Denys’ career continues to grow and blossom. This ​is an album by an artist in total control of his vision, a bandleader flexing his muscles and a musician in his instrumental prime.

The Late Trane ​will fulfil his potential at an international level and bring a new audience to one of the finest instrumentalists and composers on the UK scene - something of a sleeping giant in the last 3 decades, but a giant that is about to wake!

The later works of John Coltrane, preserved in both studio and enigmatic live recordings were some of the most emotional and spiritually charged music of the 20th Century. Written at a time of tumultuous change in America and the world: the civil rights and anti racism movement, the Vietnam war, the peace movement and space exploration inspired a great flow of creativity of which Coltrane was at the heart. As Denys explains: ‘John Coltrane continues to be one of my most important influences and his late period has always intrigued me and has stimulated my work overmany years. To play this music, with these incredible musicians alongside me is hugely inspiring’.

During the mid to late 60’s, John Coltrane’s music was inspired as much by the spiritual as the cosmic and a series of ground-breaking studio albums marked the last phase of his musical odyssey. Crescent, Ascension, Interstellar Space, Meditations, Om and Sun Ship all exemplified this period of explosive creative growth, where the boundaries of jazz were shifted forever. Denys has brought together an extraordinary band that illustrates the parallel journey musicians from London’s multi-cultural music scene have made in discovering and finally making their own the mythic, cultural work of the master sax player. From Jazz Warrior originals Steve Williamson and Gary Crosby, through Denys himself to a new generation typified by Nikki Yeoh, the band is a tribute to the inspiration gained from Coltrane’s work. ProducerJason Yarde adds another layer of deep knowledge and experience as a free jazz saxophonistwho has himself explored the outer spaceways.

With The Late Trane,​ Denys Baptiste has made a bold statement, a defining marker of his future ambitions and a reverent acknowledgement of this remarkable man and the music that has undoubtedly been a vital influence in his own career. Yet Denys is very much his own man with his own vision, an artist with his own voice and his own sense of destiny. The Late Trane​ views the work of Coltrane through the prism of this experience, through the global sound of London.

It is 50 years since John Coltrane departed from this world and there’s seems no better time to celebrate and pay tribute to one of the great musicians of the 20th Century.

“…Bzhezhinska – an artist to watch.”

“…Bzhezhinska has produced an album of mesmerizing beauty and elegance.” 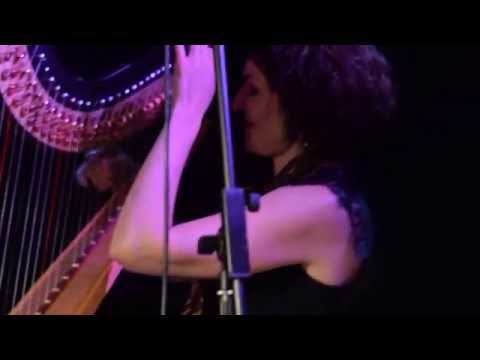 Originally from Ukraine/Poland and now based in London, Alina Bzhezhinska is an internationally renowned harpist. She has performed with leading classical and jazz musicians such as Shabaka Hutchings, Django Bates, Miguel Atwood-Ferguson and the Glasgow String Quartet. Her duo, with award-winning jazz vocalist Niki King, has supported Gregory Porter.

Alina’s critically acclaimed Quartet led the 80th Birthday celebrations for Alice Coltrane around the UK in 2017. Their appearance at the EFG London Jazz Festival in a special triple bill featuring Denys Baptiste and Pharoah Sanders - 'A Concert for Alice and John' - has been nominated for Best Live Experience of the Year at the 2018 Jazz FM Awards.

Alina has recorded a solo album called Harp Recital and is featured on recordings by the American harp ensemble Harp Fusion and the Scottish jazz group New Focus. Her new album, Inspiration, will be released in June 2018 through Ubuntu Music. The album was funded in part by the PRS Women Make Music Award.

“On Inspiration (the Alina Bzhezhinska Quartet) bathe deeply in the spirit of Alice and John’s majestic, meditative music, yet also use it as a point of departure for new personal directions. The journey is within, to a better place for humanity.”

TONY KOFI Having 'cut his teeth' in the “Jazz Warriors” of the early 90’s, award-winning saxophonist Tony Kofi (www.tonykofimusic.com) has gone on to establish himself as a musician, teacher and composer of some authority. Tony’s playing has also been a feature of many bands and artists including “US-3” World Saxophone Quartet, Courtney Pine, Donald Byrd, Eddie Henderson, The David Murray Big Band and Sam Rivers, Andrew hill, Ornette Coleman, Nu-Troop and Jazz Jamaica. His fluent and fiery hard-bop soprano/ alto/ tenor/ baritone playing is constantly in demand.

LARRY BARTLEY is a bassist / composer who has been a staple of the London & international jazz scene for the past 20 years as a side man and as a leader. His 2003 debut album, "ALONG THIS WAY" was nominated for 'best new work" in the BBC JAZZ AWARDS. Larry has also played & recorded in various bands including Abdullah Ibrahim, Tony Kofi, Denys Baptiste, Ingrid Laugbrock, Stanley Turrentine, Steve Grossman, Donald Brown (of Art Blakey's Jazz Messengers), David Murray, Orinn Evans & Gary Bartz.

Australian drummer JOEL PRIME has become an important addition to British jazz. Winner of 'Australia's Best Up & Coming Drummer' competition in 2011, his versatility across congas, drum kit and all manner of Afro Cuban and Brazilian percussion sees him performing with Alina Bzhezhinska Quartet, Mr Little’s Noisy Band, Felix Riebl and The Copasetic Foundation amongst others.