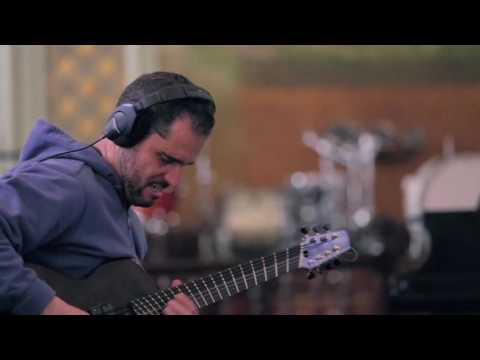 With a career spanning 16 years and almost 20 albums, Charlie Hunter consistently ups his game as an innovative writer and bandleader. He has worked with the likes of Norah Jones , Mos Def, John Mayer, D’Angelo and countless others. He is widely considered the authority on the seven and eight - string guitar, and continues to stun audiences with his ability to simultaneously bust out tasty bass parts, melodic leads and swinging rhythms.

Hunter has previously recorded for the venerable Blue Note label, Concord, Ropeadope, GroundUP and others. His recent independent venture is steered by his motivation to release music that most inspires him. Critics have touted his genius technique, but it's his profound artistic sensibility that propels his original music. Hunter's signature style of writing and performing has secured his place as one of today's great guitarists.

Since being unable to accept knighthoods back in 2008 due to a gig commitment at The Murderer’s Arms in London’s Shepherds Bush on the same day, The Royal Organ Duo have earned their non-existent titles entertaining folks all over the United Kingdom, Europe and United States of America, in venues ranging from prestigious hangouts like the Groucho and Soho House, to numerous dodgy discotheques, retirement homes and good old fashioned back street boozers.

Originally formed back in 2001, the Duo starting worked for Her Royal Highness The Queen of England, providing the music and general vibe at Royal Functions within Buckingham Palace, Windsor Castle, and Sandringham and sailed the high sea's as the house band on the QE2. This allowed them to establish a large repertoire of funk/lounge based psychedelic covers and build up a celebrity packed fan-base. At one point they became so well known in the Upper Class circles that Her Majesty The Queen approached them with an offer of appearing on the front of new twenty pound note (£20 Sterling)- a true honour, but one that the duo yet again missed out on as they were away backing up for a well-known soul legend in America.

Able to entertain anyone from any walk of life, the duo are now performing for the normal people as their decade on higher ground came to an end. They have been seen reveling at top public events such as Camp Bestival, House of Vans, Edinburgh Festival, Clapham Grand as well as impressing corporate types at Not On The High Street and House of Vans. With everyone from Robbie Williams to Morcheeba, James Morrison to The Cuban Brothers on their session credentials, you’re guaranteed a party fit for royalty.