Tickets for this show are available on the door only from 1am.

Laurence is credited with appearances on over 100 albums. He has recorded with Alan Price, Van Morrison, Brian Eno, Seal, Gary Moore, Eric Clapton, Black Sabbath, and Mike Oldfield. The bass player with Bill Bruford’s Earthworks, Pee Wee Ellis’s Funk Assembly, and a regular part of Ronnie Scott’s All Stars, his jazz credentials are impeccable, including work with the likes of Jim Mullen, Django Bates, Gary Husband, Jason Rebello and Al Jarreau. His playing has appeared on the soundtracks to the films Cavatina, Lethal Weapon, and Crossroads. He has also contributed original music to television series including Friends, Spongebob Squarepants, Kavanagh QC, Matlock, All My Children, Big Brother, Good Morning America, The Oprah Winfrey Show, 3rd Rock From The Sun, Cybill, and Emmerdale.

Laurence has recorded three albums under his own name and continues to tour with his big band, showcasing his considerable ability as a composer and arranger. Alongside his teaching at ICMP,  Laurence is also a professor at the Guildhall School of Music and Drama. 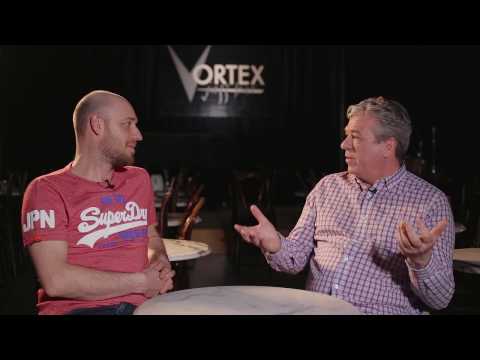 Born in Swansea, into a musical and theatrical family, Cottle was one of three brothers who helped their father (a pianist) in his variety act. “We were all encouraged to play the piano,” he continues, “and also to take up a second musical instrument.” Cottle chose the trombone, while the eldest brother took up the trumpet and the middle brother the clarinet. With little music in school, he remembers going to a private trombone teacher, “where I did all the grades.” At the same time, his father realised that his growing family had the necessary instrumentation to set up a trad jazz band, and so throughout his early teens Cottle toured Wales and the West Midlands, gaining valuable “playing” experience.